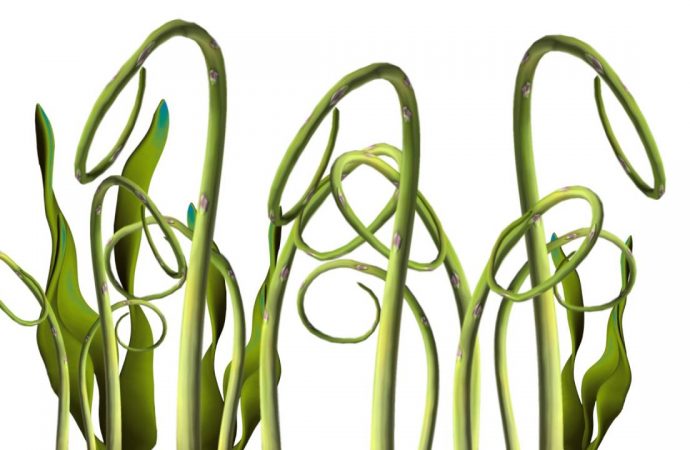 The results will shed light on marine ecosystem response to climate change.

GERMANY – Coccolithophores are microscopic seaweed abundant in the oceans that typically produce small structures of calcium carbonate, known as coccoliths. They are formed within the cell and, when ripe enough, it comes out coating surface.

Knowing this process of biomineralization is of great interest to the scientific community because Coccolithophores have an important role in the marine ecosystem response to climate change.

A group of international researchers, led by the Max Planck Institute of Molecular Plant Physiology (Potsdam, Germany), used the ALBA Synchrotron to see inside the cells of these algae.

This research, published in Nature Communications, provides the first data on the distribution of calcium in the cells of Coccolithophores, said André Scheffel, lead author of the study. However, they haven’t solved what is the chemical composition of the intermediate stages of generation of calcium and how this material is generated inside and outside of deposits.

The analyzed cells belong to the species of alga Emiliania huxleyi which were frozen and kept at cryogenic temperatures in order to preserve their intracellular organization.

Using the MISTRAL beam line at ALBA, synchrotron light was illuminated on the cells for two types of data. On the one hand, they captured images of the inside of the whole cell at different orientations (the equivalent of a conventional CT but with a million more resolution) and can reconstruct its volume in three-dimensions.

Eva Pereiro, ALBA Synchrotron researcher and head of the MISTRAL beam line, said found that those deposits were effectively composed of calcium.

MISTRAL is one of the seven beam lines that ALBA Synchrotron launched. Its X-ray microscope, along with German and American synchrotron Bessy ALS, is a powerful tool to analyze inside of cells and reconstruct three-dimensional volume, assuming a complement to other techniques such as electron microscopy.