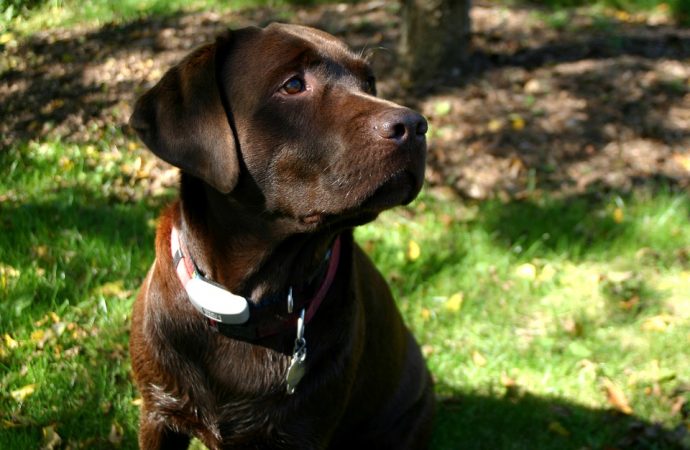 Labrador retrievers owners agree on one thing when they go to the vet: they are obsessed with food. Now there is a scientific explanation. A new study has found a genetic alteration in them; the first gene associated with canine obesity is described as follows.

UK – Between 34% and 59% of dogs living in industrialized countries, ie one to two of every three dogs are overweight. As with humans, this condition is associated with a decrease in life expectancy, mobility problems, diabetes, cancer and heart disease.  In fact, weight problems in dogs appear to be a reflection of what happens to people: lack of physical exercise and consumption of high calorie foods.

However, despite the owners control the diet of their pets and force them to run, certain breeds such as Labrador retrievers, one of the most popular in homes worldwide dogs, show greater interest in food and are more prone to obesity. For an international team of scientists, led by the University of Cambridge (UK), this phenomenon could only have a genetic explanation.

The study, published in the journal Cell Metabolism, the researchers studied three genes related to obesity – known by varying the weight of the humans in 310 farmers including assistance dogs, were weighed by veterinarians. Scientists also assessed the food motivation and the relationship of dogs with food thanks to a questionnaire provided to the owners.

The results revealed that a variant of a gene known as POMC, was closely related to weight, obesity and appetite in the farmers. According to the paper, at least one out of four farmers (23%) carried a copy of this variant.

In a larger sample of 411 dogs from UK and USA from 38 different breeds, the genetic alteration reappeared in straight hair retrievers, related to the farmers, whose weight and behavior were also affected.  In both breeds, for each copy of this gene, the dog weighed 1.9 kilos half more.

“It is a common genetic variant in the farmers and has a significant effect on those dogs that carry, so it is likely that this helps to explain why this race is more likely to be overweight compared to others,” said Eleanor Raffan, lead author of the study and a researcher at University of Cambridge.

But scientific studies remain to be done, since this variant is even more common in retrievers, “a race that had not been tagged so far as prone to obesity,” adds Raffan.

Easier to train dogs for food

The affected gene is known to regulate the way in which the brain identifies hunger and the feeling of being satiated after eating. With an alteration in this gene, the dog cannot ever be satisfied.  “People living with a Labrador often says he is obsessed with food, and this fit with what we know of this genetic change,” emphasizes the researcher.

Labradors are loyal, intelligent, eager and enthusiastic dogs, but above all very easy to train, so play to perfection the role of assistance dog. “Food is often used as a reward during training, and carry this variant can make dogs are more motivated to work for a bite,” say the authors, who included in the study 81 farmers’ assistance, of which 76% showed a genetic alteration.

Raffan said that carrying the variant is a double-edged sword since it may facilitate their training, but also makes them susceptible to obesity.  Therefore, the dog owner needs to know how to control the weight of his pet, emphasized the researcher.

The study thus improves knowledge about the mechanisms of this gene, which is also present in humans and could have implications for the health of both the owner and his best friend.