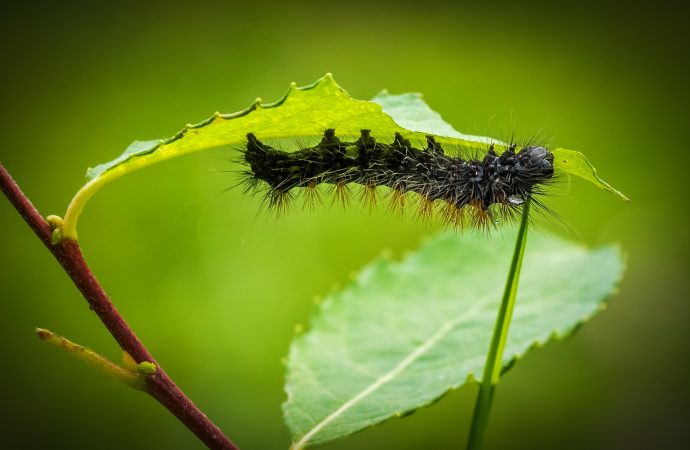 E93, Krüppel-Homolog 1 and Broad-Complex are proteins that act sequentially to direct the metamorphosis of insects, if any of the three is inhibited, the insect does not become adult.

SPAIN – Metamorphosis allows organisms evolve from youth to adult forms with ability to reproduce.  It is a prodigious process where in humans it is reduced to puberty, but in insects it is more radical, such as moving from caterpillar to butterfly morphological changes.

This week, scientists at the Institute of Evolutionary Biology (IBE) published in the journal PLoS Genetics a study that explains the key mechanism that regulates this process in insects.

Although the vast majority of these living beings thT undergo metamorphosis can be divided into two groups according to whether they undergo the simple metamorphosis, from larva to adult directly as cockroaches, or if they complete metamorphosis, ie, through the intermediate step pupal, as in the case of beetles, butterflies or flies.  In fact, “the appearance of the complete metamorphosis and pupa in particular was an evolutionary innovation to allow greater morphological transformation and so young and adult forms did not have to compete for food sources,” says David Martin, co-director the study with Xavier Franch, both of IBE.

Despite knowing the key players involved in the regulation of this process, until now it was not known how they interacted. In this sense, the same researchers discovered in 2014 IBE and the E93 protein is responsible for promoting the metamorphosis. Likewise, they were already known to the other two essential elements: Krüppel-Homolog 1 and Broad-Complex, in charge of stopping E93 and induce the formation of the pupa respectively.

Now, the same group of scientists has been able to unravel the regulatory network that coordinates the formation of the pupa. First, using different insects with simple and complete metamorphosis, they have studied the expression levels of E93, Krüppel-Homolog 1 and Broad-Complex at different stages of development. In parallel, they have forced reduction of the levels of all three proteins using RNA interference to and see what the consequences were.

The results indicate that the first Krüppel-act element is Homolog 1 while E93 stays at bay in the insect at young stage. At the end of this stage, Krüppel-Homolog 1 is removed by E93 levels increase considerably and the metamorphosis begins.  In the case of insects with a simple metamorphosis, here the story ends. But researchers have seen in insects that make a complete metamorphosis, another peak Krüppel-Homolog 1 at the end of the, short, but enough to suppress momentarily E93 in young life and thus slow the direct passage to adulthood. This timely inhibition of E93, is what allows the expression of Broad Complex, responsible for promoting the formation of the pupa.

According to Franch, the study has allowed them to characterize how they interact with the essential elements of metamorphosis, to generate a new stage of development, the pupa.  Thererefore, It can help in designing new insecticides that act at different levels of the life cycle of insects. He added: “The three proteins are essential and very specific insects, so to inhibit one of them would achieve control pests cockroaches and other insects.”