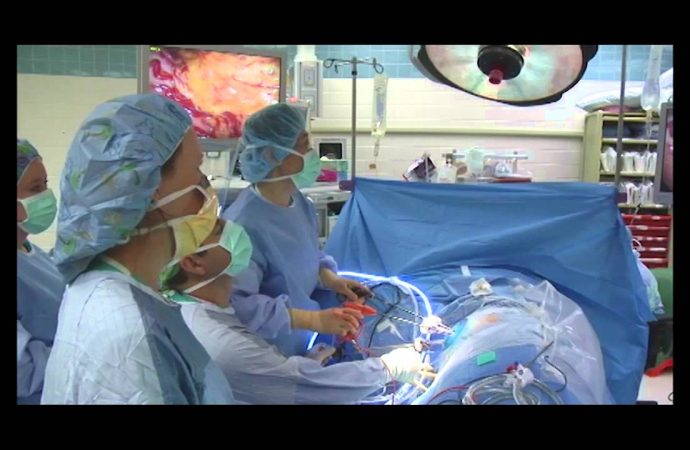 They seek to address the shortage of donors in the world.

US – Scientists in the United States seeking to create human organs in pigs in order to address the shortage of donors in the world, according to BBC.

A team from the University of California Davis (UC Davis) has injected human stem cells into pig embryos to develop human-pig embryos which they called “chimeras”.

Experts allow these “chimeras” to be developed in the sow during a period of 28 days prior to terminating pregnancy and the tissue is removed for analysis.

Without terminating the pregnancy the embryo develop to have human internal organs but look and behave like any other pig and would be prepared to serve as a source to develop organs for transplantation.

For the development of “chimeric” embryos, scientists have resorted to the method of editing known as CRISPR to draw genome DNA of a porcine embryo that has been fertilized, creating a genetic “vacuum” which can then be injected into the human pluripotent stem cells, says the BBC.

The team, led by Paul Ross, is confident that human stem cells exploit the genetic vacuum in the pig embryo to fetus to develop a human pancreas.

Ross, a graduate in veterinary medicine from the University of La Plata (Argentina) said he is confident that this embryo can develop normally, but the pancreas will be created “almost exclusively of human cells,” so it would be “compatible” for transplantation in a patient.

BBC says the study is controversial because the concern is that human stem cells can “migrate” to the brain that is developing and if born, the animal could have, in some way, with a more human behavior.

However, Ross said this is unlikely and they believe it is a very low possibility that it will grow human brain, but this is something they are investigating.

Professor Walter Low, the department of neurosurgery at the University of Minnesota (EU), told the BBC that the pigs are the “biological incubator” ideal for the growth of human organs and could use them to create not only the pancreas but hearts, livers, kidneys, lungs and corneas.

The details of this research were released in the “Panorama” program that aired tonight the BBC.