Leonardo Project: they want to Sequence the Genome of Leonardo da Vinci 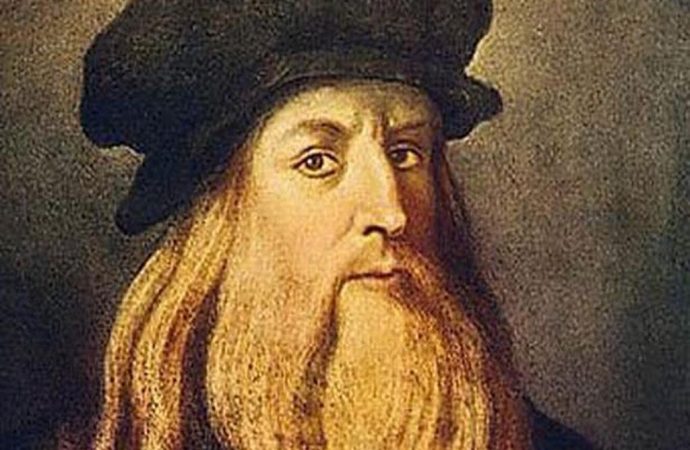 The Leonardo Project is surprising: it is intended to better understand the lifestyle, diet, physical appearance and the genome of Leonardo da Vinci. In this crazy project, scientists will base it on his writings, his works and his remains - which they will prove their authenticity.

Recently, scientists have studied successfully genome of Richard III, centuries after his death. Like Richard III, Leonardo da Vinci was born in 1452 and his burial has experienced vicissitudes that make its exact location – assumed to be at Amboise Castle – remains unproven.

With the Leonardo Project, researchers hope to answer many questions about life in the Renaissance genius: why was he was so innovative and creative?  Where are his talents?  Just a few decades such a project would not have been possible without the current technical sequencing; today we know that the DNA can be preserved for centuries or more.

In this case, it may be difficult to access the DNA of Leonardo da Vinci. Yet Rhonda Roby, a geneticist involved in the project, is optimistic: “More and more techniques are developed to recover DNA from people who have touched things. I also think that there is a possibility of biological material within paintings … The challenge would actually get this material without damaging the artwork.”

The researchers aspire to look into the works of the famous genius. Indeed, Leonardo used his fingers as brushes to paint. This is why it is possible to recover cells from his skin mixed with the colors of the painting.

The Leonardo Project involves teams from France, Italy, Spain, the United States and Canada. The researchers presented their project in a special issue of the journal Human Evolution. They will check the physical characteristics of Leonardo according to historical data, his portraits and his alleged skull. His illness, injury, trauma, eating habits and physical activities could be studied from the traces left on the bones.

Suspected remains to be sequenced

The researchers would like to study the descendants of the family of Leonardo da Vinci (himself would not have had children, unlike his siblings) and rebuild his tree family. They will also inspect the Italian churches soil to locate the bones of family members of Leonardo: the remains of his mother in Milan and other members of his family to Florence.

The team also wants to work on the supposed remains of Leonardo, which are still shrouded in mystery. Officially, Leonardo da Vinci is buried in the Saint-Hubert chapel at the Chateau d’Amboise, but doubts remain about the authenticity of the remains. He died at Clos Lucé in Amboise in May 1519 at the age of 67, Leonard was buried in the chapel Saint-Florentin at Amboise Castle, according to his wish.  But the chapel was demolished in 1802, destroyed some graves and remains lost.

In 1863, the scene of the destroyed building, a a skeleton was discovered near the coffin with registration LEO DUS VINC for Leonardus Vincius. These remains could serve the study in comparing the DNA with that of descendants of the family da Vinci.

Researchers hope to announce their results for the celebration of the 500th anniversary of the death of Leonardo in May 2019.