Vultures in Danger: Why Humans Should Care 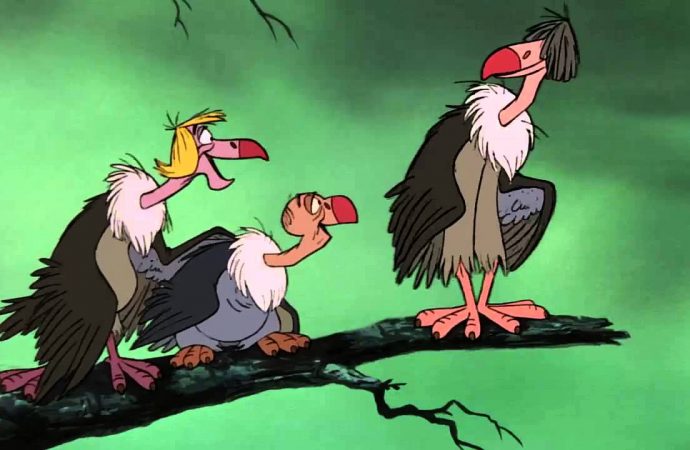 They serve as a barrier to the spread of certain diseases, such as rabies. Today they are in danger of extinction and we need to be proactive in doing something about it.

US – Vultures are the companions of undertakers, lovers of black humor and above all a symbol of death, dying and decay. But without them, it’s much worse that could happen when it comes to spreading of certain diseases. Two researchers from the University of Utah (US), published in Biological Conservation , an alarming summary study on the causes and consequences of their eventual demise.

They first of all showed that the vultures (in the broad sense, bringing together twenty species) are the most threatened group of birds on the planet. However in November 2015, 6 of the 11 African vulture species were declared endangered by the International Union for Conservation of Nature (IUCN). A few years earlier, in 2004, 95% of the population of three Indian species (Gyps bengalensis, Gyps indicus and Gyps tenuirostris) had perished, placing them in critical danger of extinction.

Directly or not, man poisons the vultures

In 2004, such losses were caused by human and veterinary drug, diclofenac. This anti-inflammatory began to be successfully used on livestock in the 1990s in some parts of India, where the rendering procedures are absent, the carcasses of cattle and other livestock are left to scavengers.  Mandatory scavengers, vultures can then grab hundreds of carcasses. However, if the animal has been treated with diclofenac before his death, the birds that feed then do not survive their feast.

The product, maintained in animal well after his death, is lethal to vultures that ingest it.  In 2015 (most recently in 2016), this time, the poisoning was deliberate. For several years, poachers have become used to poison the bodies of the animals they killed (after they have taken, for example, the ivory tusks or horns). The vultures that feed on it afterwards dies within a few hours. The absence of them swarming around a carcass avoids revealing the position where they have killed the animals will help them not alerting the guardians of the targeted nature park. According to the study in Biological Conservation, 59% of carrion birds would be affected by these poisonings (direct or indirect) and 88% species of vultures.

Unfortunately, these exclusive scavengers are of paramount importance – and often underestimated – to the health of human populations. Far from human populations, scavengers like vultures also allow, indirectly, to control the spread of potential diseases. In their absence, other animals, optional scavengers such as crows, rats or stray dogs east the carcasses, but unlike the vultures, they are likely to have human contact. Between 1996 and 2006, a marked stray dog population (estimated at 7 million) had fostered a rabies outbreak, killing 48,000 people in India. This isolated phenomenon zoonosis (disease, usually viral, capable of infecting both humans as animals) could therefore be repeated in parts of the world if the population of wild scavengers, like vultures, continue to plummet.