Development of A Model to Predict the Evolution of Sardine Population 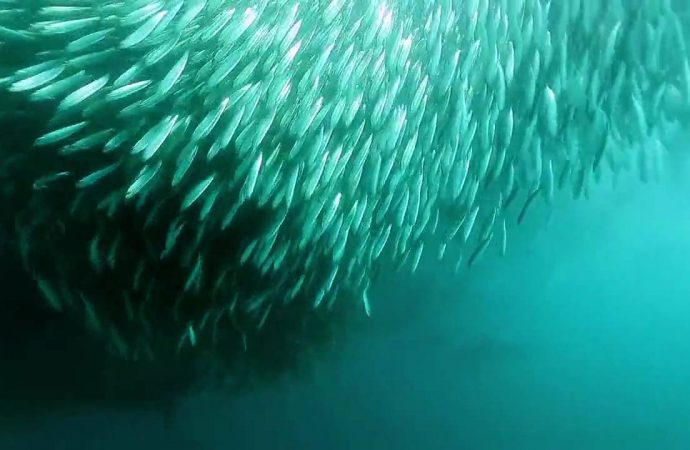 Researchers at the University of Oviedo have developed a model to predict fluctuations in populations of small species such as sardines, anchovy and herring fishing one season to another.

SPAIN – The work, which has been published in the journal Ecological Applications of the Ecological Society of America, focused on the study of the fishery for anchovy in the Bay of Biscay (European anchovy), who suffered a population collapse in 2005 that forced the closure of the fishery until 2010, as reported by the University of Oviedo through a press release.

The study, part of the doctoral thesis of Fernando G. Taboada and in which the professor of Ecology Ricardo Duckling is also involved, arose from the need to answer a question: Can we discriminate the mechanisms that have led to the collapse of the European anchovy population?

For this purpose, the scientists analyzed the importance of three key factors: abiotic environment: temperature changes, coastal outcrops and oceanic dispersal barriers, river discharge, turbulence. Biotic Environment: predatory species such as hake, mackerel, albacore or lily and competitors such as sardines and mackerel.

Duckling explained that to design this new predictive model detailed data of the population of anchovies and characterization of changes in the environment through the use of satellite remote sensing systems for the past 20 years were handled.

The results of this work, which is part of the activities of the Marine Observatory of Asturias, reached a major conclusion: the environmental fluctuations, in isolation, explain the collapse of anchovies. Only the inclusion of the impact of fishing generates high odds of collapse.

The most extensive analysis by researchers demonstrates the effectiveness of predictive models to anticipate the evolution of the species. Duckling said: “We have opened, ultimately, a new method to explore the fluctuations of wild populations exploited by fishing.” This new tool will be useful for planning capture campaigns every season.

Small pelagic fish, such as sardines, anchovies or herring, represent one of the most important natural resources exploited in all oceans. On the north coast of Spain, both anchovies and sardines have been fishing since ancient times and have become an economic resource not only for the value of the sale of raw materials but also for its transformation preserves. These species have complex population dynamics that have been a challenge for biologists and for effective fisheries management.