A Gene Helps the Immune System to Defend against Chagas Disease 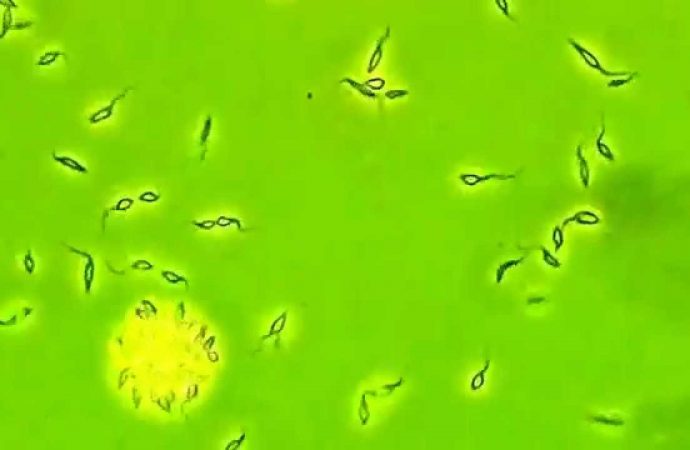 A team of scientists has proven the relationship between a genetic variant and increased production of proteins that help eliminate the parasite causing the infection.

SPAIN – Chagas is an infectious disease caused by a parasite, Trypanosoma cruzi, transmitted to humans by an insect bite like a bug. By biting, it filled with blood while defecating. These stools are those that contain the parasite and passed into the body through the wound caused by the insect.

According to experts, one of the consequences of this disease is the onset of chronic complications, such as chronic chagas’ cardiomyopathy, which affects the heart tissue, or megacolon, where the digestive tract is damaged, decades after the initial infection.

“The main problem presented by Chagas is that the parasite can live in the human body without showing symptoms for 15 or 30 years. After this time these complications can occur that affect the quality of life of the patient, causing in many cases death. It is estimated that 30% of infected people develop them, “says the study’s first author, Daniel Leon, a member of the researcher Javier Martin team in the ‘López-Neyra’ Institute of Granada.

In a new study, published in PLoS Neglected Tropical Diseases, researchers have demonstrated the influence of genetic factors in predisposition to develop Chagas disease.

Experts have linked a variant of an immune system gene with the production of a class of proteins that help control the parasite that triggers the disease. For researchers, this work opens new avenues to better understand the origin of the disease and promote the development of more effective therapies.

Among the factors that experts considered to explain both susceptibility to infection and the onset of chronic diseases, highlights genetic predisposition. In this sense, these researchers confirm the influence of a gene, IL-18, on Chagas infection. “This gene is involved in the first defensive response that the agency provides to the parasite. Or encodes a protein that helps the immune eliminate the invader and destroy infected system, “says Leon.

Experts have found that one form of this gene, or allele, produces more of the ‘defense’ protein. “An allele may contribute susceptibility or protection against disease. In our study, the genetic variant of IL-18 is associated with protection. Based on previous results, it is believed that individuals with this allele generate more protein than do not have in the early stages of infection. In this way, you can prevent the parasite from developing the disease,” the researcher explained.

To obtain these results, the researchers conducted a genetic study of 1,172 patients from an endemic region of Colombia. Participants were divided into two groups. The first are those who had generated antibodies against Chagas. Within these, 400 were suffering chronic cardiomyopathy and the rest, about 175, were asymptomatic or without symptoms of the disease patients. The second group consisted of seronegative or without antibodies, either because people were not infected or had not developed the symptoms.

They compared the genetic material of both groups with the aim of linking alleles each with different patient characteristics. In this way they found how a variant of the IL-18 gene appeared in most control group. This suggests that the variant is associated with protection against infection from the parasite Trypanosoma cruzi.

Moreover, to check the relationship between the gene and the onset of cardiomyopathy, the alleles among seropositive asymptomatic patients and those that had developed heart disease were compared. “We found no significant differences between the two groups indicating that this gene apparently is not involved in the development of chronic complications,” said the expert.

From these results, the researchers open new avenues to better understand the origin of the disease and establish a more effective control over it. “Knowledge of genes involved in disease development will allow us, in the future, create biomarkers to determine or assess, through genetic material, the risk of a person suffering from Chagas disease or cardiomyopathy,” concludes the scientist.