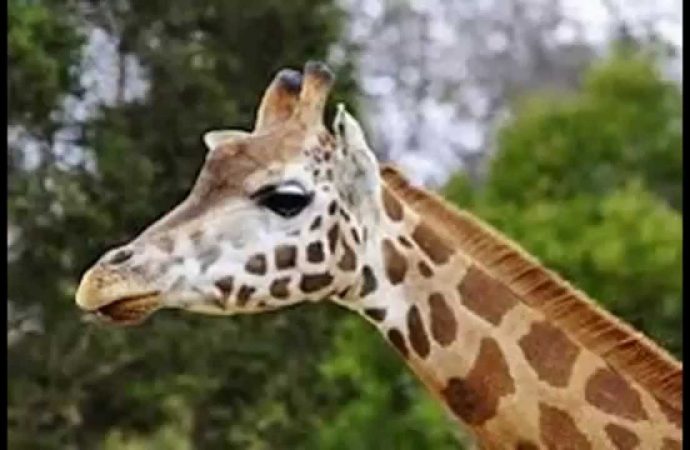 DNA sequencing of Giraffe provides the first clues about the genetic changes that led to exceptionally long neck, a feat of evolution that intrigues scientists. The research also reveals the genome of its closest relative, the okapi.

An international team of scientists has sequenced the genome of the first giraffe (Giraffa camelopardalis) and its closest relative, the okapi (okapi). These two animals have very similar sequences of genes because they diverged from a common ancestor only between 11 and 12 million years, a relatively recent evolutionary time scale.

“The tall giraffe, dominated by its long neck and long legs, with a total height that can reach six meters, is an extraordinary feat of evolution that has impressed and amazed for some 8,000 years ago,” said Douglas Cavener, a researcher at Pennsylvania State University (USA), who led the research team along with Morris Agaba, from the African Institute of Science and Technology (Tanzania – Africa).

To identify the genetic changes that could be responsible for the unique characteristics of the giraffe, including its speed sprint that can reach 60km/h, Cavener and Agaba compared the sequences of genes encoding giraffe and okapi over 40 other mammals such as cows, sheep, goats, camels and humans.

“Evolutionary changes needed to build the imposing structure of the giraffe, equip it with the necessary modifications to a sprint high speed and give powerful cardiovascular functions have been a source of scientific mystery for more than two centuries ago,” added Cavener.

The heart of the giraffe must pump blood two meters up to provide blood to the brain. This is possible because his heart has evolved to have an unusually large left ventricle. It also has the twice higher blood pressure than other mammals.

The evolution of giraffe neck

“Despite this close evolutionary relationship, the okapi is more like a zebra and lacks the towering giraffe and impressive cardiovascular capabilities. For these two reasons, we have used sequencing to identify some unique genetic changes in giraffes,” said Douglas Cavener.

By comparing the genomes of giraffe and okapi, they have deduced that the long neck of the giraffe can be attributed to genetic changes in two sets of proteins: one that controls gene expression during development of the body and limbs, and other controlling genes expression of growth factors.

The scientists also found genetic clues to the evolution of its long neck and legs. According to Cavener the cervical vertebrae and leg bones have evolved to expand.

They found 70 genes that showed signs of multiple adaptations. “These adaptations include unique amino acid sequences that alter the function of certain proteins substitutions,” explained the scientist.

Giraffes populations have declined by 40% over the last 15 years due to poaching and loss of their natural habitat. With this work, experts hope to draw attention to the situation of this unique species because at this rate of decline, the number of giraffes in nature will fall below 10,000 at the end of this century. Some subspecies are on the brink of extinction.

This study has been published in the journal Nature Communications. 1 comment