Bioluminescence in Marine Animals may be more common than thought 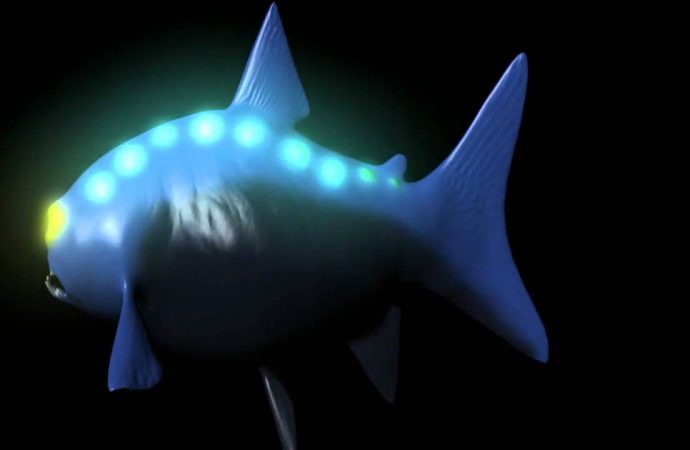 Bioluminescence has evolved repeatedly and is phylogenetically widespread across ray-finned fishes.

US – Bioluminescence, the production of light in a living organism, could be more widespread among marine fish than previously believed, according to a study published in the journal PLoS ONE.

Many people are familiar with the bioluminescence in fireflies, but the phenomenon can be found in life forms of all the seas. Matthew Davis, of St. Cloud State University and colleagues analyzed fragments of mitochondrial and nuclear genes of more than 300 taxa to infer the number of independent evolutionary origins of bioluminescence and investigate diversification in these lineages.

Although this work focused only on actinopterygian, the researchers found that the bioluminescence may have arisen independently during the history of evolution 27 times in 14 major clades of fish (fish groups that come from the same common ancestor), and this suggests that all fish included in the study have been developing bioluminescence from the Early Cretaceous, about 150 million years ago.

The team also suggests that in some cases, but not all, as an evolutionary line of fish developed the ability to produce light, the line branched off soon after in many new species.

When a trait arises independently on multiple occasions, it can infer that this feature is useful and so evolution is favored as emphasized by Leo W. Smith of the University of Kansas and a member of the research team.