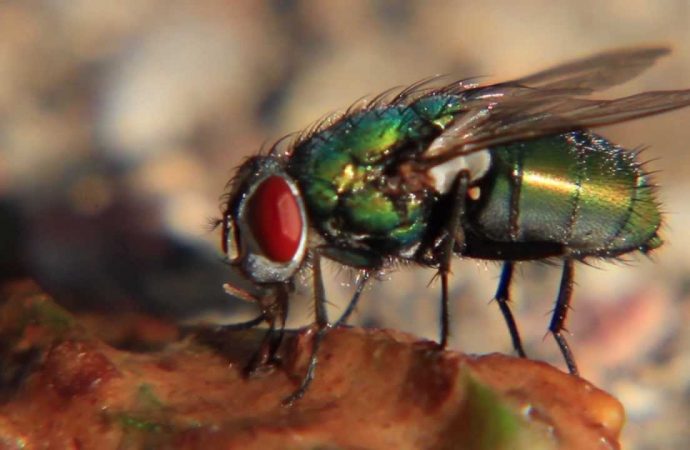 Some common species such as houseflies are known, although other name and taxonomy is ignored because the application of forensic entomology is unprecedented.

MEXICO – A researcher at the Autonomous University of Nayarit (UAN) will develop a catalog of insects as forensic witnesses involved in the organization, will be the first of its kind.

In an interview with the News Agency of the National Council of Science and Technology (CONACYT), the specialist in agricultural parasitology, Jhonathan Cambero Octavio Campos, mentioned that there is knowledge of various insects in the state. Specifically, those involved as biological control agents or pests; however, those which are directly related to the decomposition of corpse have not been classified.

He said that they look into specializing knowledge of entomology where make a catalog of insects involved in the colonization of decomposing bodies, with reference to the different ecosystems of the state.

The researcher noted that some common species such as houseflies are known, although other name and taxonomy is ignored because the application of forensic entomology is unprecedented in the state.

He explained that given the difficulty of obtaining human cadavers for the collection and study of samples, used pork bodies left to reach the breakdown and then collect the biological material, such as flies, beetles, grubs or other, to be classified in the laboratory.

In addition, knowledge was applied to determine the time that the animal had been dead and possible causes.

Campos stressed that for this list was held at a first gathering exercise by student bodies with specialties in agronomy, biology, criminology and veterinary from public and private universities in the western region of Mexico.

This academic unit, installed in the town of Xalisco, seeks to be a pioneer in the consolidation of this branch of entomology, so to the needs of the public and academic environment could manage the creation of the specialty, he said.

“They are proliferating racing criminology, public security or related, which arose from the need to meet the demands of specialized human resources, and we need to move forward and set precedents for UAN participate in solving these issues,” he concluded.