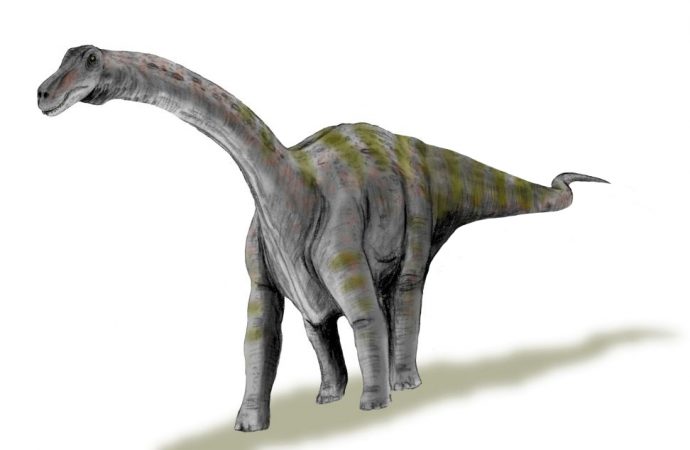 It was one of the largest animals to have walked the Earth.

US – The Rapetosaurus gigantic proportions of adulthood was acquired quickly, which would have allowed them to be more independent than other species of dinosaur, according to a new study published yesterday in the journal Science.

The Rapetosaurus is a type of titanosaurus, largest animal that walked on Earth, with a size reaching lengths up to 15 meters.

Various fossils of this species had been analyzed, but little was known about what these animals at the time of their birth.

The new fossils analysis, led by Kristina Curry Rogers of Macalester College (Minnesota, US) shows that the younger animal studied, who died between 39 and 77 days possibly due to hunger, weighed only 3.4 kilograms at birth and at the end of it short life it had already reached 40 kilos.

The researchers, who used histology and scan to understand its growth pattern, concluded that, according to the compactness of their bones, dinosaur had limbs the same way throughout their life.

This contrasts with other groups of dinosaurs, as theropods and ornitisquios, whose limbs had different ratio at birth than in adulthood.

The study concludes that, in the cases of those dinosaurs began their younger life, parental care was important, while Rapetosaurus were relatively independent after birth