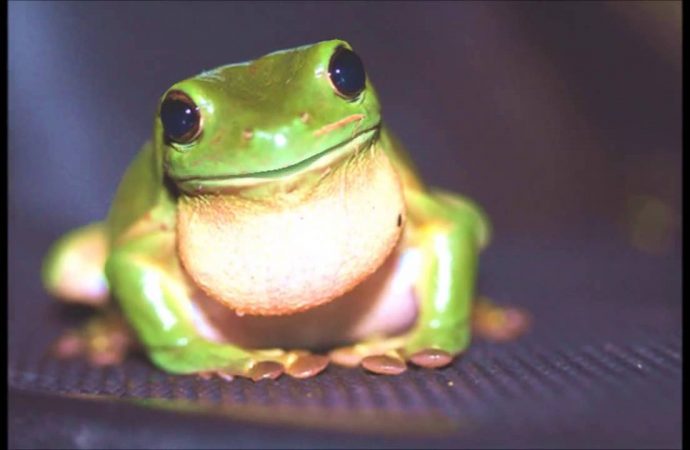 The chameleon's tongue is powerful enough to ensure that the animal "grab" insects up to 30% of its own weight.

BELGIUM – Scientists found that the chameleon’s saliva is 400 times sticky than human’s, which gives it the ability to “hold” the food before devouring it. According to a study published by the specialized magazine Nature Physics, Nature’s editor.

The chameleon is a predator considered “opportunistic” because it does not run after insects and other lizards – it hides and waits. It disguises as stone or branch without moving thanks to its independent eyes: one eye can spy the prey that is ahead, while the other watches that are behind. When a fly, moth or spider is detected at their fingertips, the chameleon unleash their tongue at a distance that can reach up to twice the length of it’s body; all at a phenomenal speed.

Thanks to the versatile tongue and how to launch it, the animal stuns the prey. But as to how the chameleon is able to hold the prey with the tongue and bring it to its mouth was still a puzzle among experts. According to some researchers, the ability to “stick” was given by aspiration, while for others it was a mechanism linked to the tongue of the surface roughness, running like Velcro, or the presence of a muscular suction cup at the tip of the tongue.

To answer the question, Pascal Damman, University of Mons in Belgium, and colleagues decided to study the tip of the fluid drawn from the tongue of a chameleon. To solve the puzzle, experts put sticky saliva in the bottom of an inclined surface; rolled a small ball on the surface, the researchers found that the saliva was able to stop rolling ball, beating acceleration.

The result was conclusive: simply, the slimy grip Chameleon saliva is able to overcome gravity. Thus, the tongue is powerful enough to ensure that the chameleon can “stick” on to insects up to 30% of its own weight. “We were surprised to find that the viscosity of the fluid is very close to the mucus used by snails to travel,” said Pascal Damman.

The researchers also found that how much stronger and faster their tongue is. When the prey is brought to the mouth, the forces that helped spark such grip cease to be exercised, allowing the chameleon swallowing insects without biting the tongue. According to Damman, the study may open new biological perspectives to study other animals with similar characteristics, such as frogs and salamanders.