The Insects Carry Debris from Prehistory to Camouflage 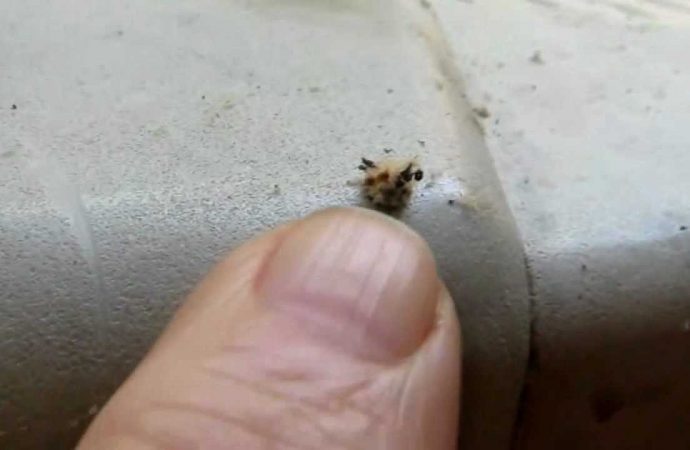 The ability for insect to camouflage has played a very important role in their evolutionary success.

CHINA – One of the most fascinating and complex behaviors is the collection and transport of debris to avoid being seen by predators, but so far the fossil record for clarification of this behavior has been very low.

A team of researchers from the Nanjing Institute of Geology and Paleontology of the Chinese Academy of Sciences has found 35 insects carrying debris, belonging to the Cretaceous Burmese amber. Findings include lacewing larvae (Chrysopidae), Myrmeleontidae and Reduviidae as assassin bugs (Triatoma infestans), which date back over 100 million years.

According to the study published in Science Advances, this behavior requires not only the ability to recognize, collect and carry materials, but also a series of evolutionary adaptations in their morphological characteristics.

Wang Bo, lead author of the study, said that the discovery of specimens of Burmese and Lebanese amber provides additional certainty of one of the insects previously recorded in Spanish amber dating from the Mesozoic (about 105 million years ago).

The authors state in the study that these prehistoric insects used their rear as shovels to deposit on their bodies a variety of wastes, including exoskeletons of insects, grains of sand, soil dust, trichomes, fern leaves, fibers and other plant waste.

He further explained that this behavior not only helps them camouflage when stalk their prey, but also hides them from predators and provides a protective physical barrier against attack.

The results settle the evidence that camouflage is a widespread behavior since at least the mid-Cretaceous and provides a view of the close relationship between plants and insects.

These debris-carrying insects are commonly related habitats angiosperm plants. However, the findings in this study suggest that this behavior had spread before the appearance of flowering plants in the world, Wang said.

Most lacewing larvae found itself carted trichomes Gleicheniaceae ferns, important components of a wide variety of floras kind in the world since the mid-Cretaceous.

The frequent occurrence of these trichomes in Burmese amber suggests that there were a number of forest fires during the time when amber was deposited in this area, since it is believed that the ferns are among the first to emerge after a forest fire.