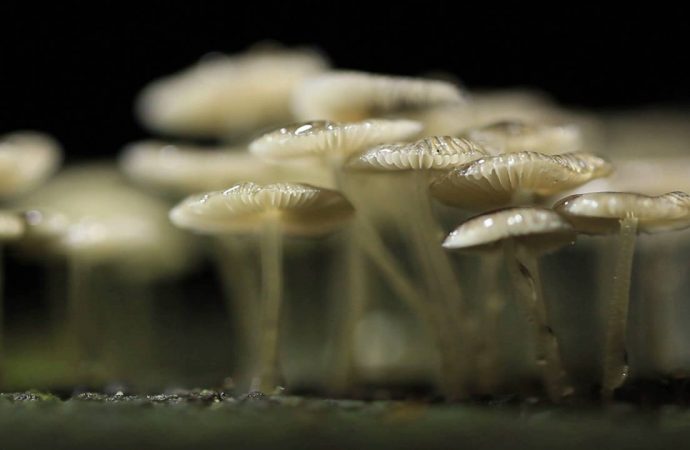 Scientists discover three types of fungi that there was in Puerto Rico, in the Natural Protected Area Canyon San Cristobal in Barranquitas.

PUERTO RICO – Investigating them is no easy task. Sometimes they seen with the naked eye after falling rain or after the morning dew appears, but the study of fungi requires skill, patience and knowledge. You have to know where to look, follow the tracks of climate, soil, stems, leaves and organic matter that betray their presence.

Such was the case of biologists and volunteers participating in the 2016 BioBlitz San Cristobal Canyon Natural Protected Area, who made three discoveries during the month of May.

BioBlitz is a celebration of biodiversity organized by National Geographic Society and the National Park Service, who joined efforts for nature, in order to recruit volunteers, scientists, students and community members to work together to find and identify the most number of species of plants, animals, microbes, fungi and other organisms in specific geographic areas.

Among the findings is the fungus Aecidium farameae, registered for the first time in Puerto Rico. The consequences of this species have to be taken into account as a contribution to the knowledge of management of protected natural areas, as is the San Cristobal Canyon.

Dr. Deborah J. Lodge, researcher and expert in mycology Service Natural Resources United States Department of Agriculture, said that many of these fungi that cause plant diseases were introduced accidentally through agricultural trade, such as plants called false coffee. Although there are some species that are part of the commercial activities of horticulture, these are not as common, so this rust fungus arrived in Puerto Rico naturally,

She also added that it is unlikely that climate change has affected the arrival of these fungi to Puerto Rico. However, we know that local climatic differences do affect how severe are the diseases that affect plants. In Panama, for example, this fungus affects populations of host plants, causing epidemics in plants that cause fluctuations in their population density .

The activity of BioBlitz was an excellent opportunity to increase awareness of biodiversity in natural areas managed for nature. The threat of introduced and invasive species in protected areas of the world is a reality. The long-term monitoring and adaptive management allows proper handling of new threats, then establish best practices in managing protected areas. It is necessary to monitor the fungus (introduced) and its effects on flora to direct the best practices in the management of the species.