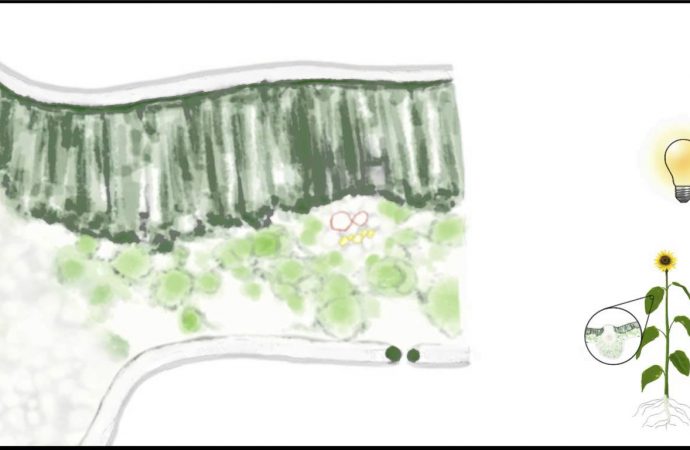 Short laser pulses reveal the timing in which the energy of sunlight is transported through green sulfur bacteria.

Sweden – plants, algae and some bacteria species have mastered the trick of photosynthesis to convert sunlight into chemical energy. With a new method, Swedish and Czech researchers were able, for the first time, to follow the flow of energy through the entire process of photosynthesis. They published their finding in the journal Nature Chemistry, which has the potential to better understand and optimize the development of artificial photosynthesis in plants or bacteria.

Donatas Zigmantas from Lund University said that so far w know little about how quickly the energy flows through the components of a photosynthesis apparatus. But with extremely short laser pulses in the near-infrared range they were able to follow the way the energy flow from absorption of sunlight up to the conversion into energy-rich organic compounds with high resolution. The technique used a 2D time-resolved spectroscopy was applied on green sulphur bacteria, which operate a special form of photosynthesis.

The researchers cooled the bacteria Chlorobaculum tepidum to -196 degrees Celsius to achieve good signal quality measurements. Despite the cold, the photosynthesis apparatus worked and the bacteria could capture sunlight with hundreds of thousands of molecules of chloroplasts. With extremely short laser pulses of 15 femtosecond, scientists shed light on duration each area in the bacteria that take on different tasks during the light reactions of photosynthesis. From the varying absorption to 20,000 laser pulses per second, they could identify which component of the photosynthesis apparatus was currently active.

On the basis of these measurements, the researchers could better analyze the causes for the high efficiency of the natural process of photosynthesis.

In subsequent steps, it would be possible to translate a time structure similar to inanimate systems for a more efficient artificial photosynthesis to produce hydrogen directly from sunlight. As well, Zigmantas is confident that these studies could provide new impetus for the development of better solar cells.