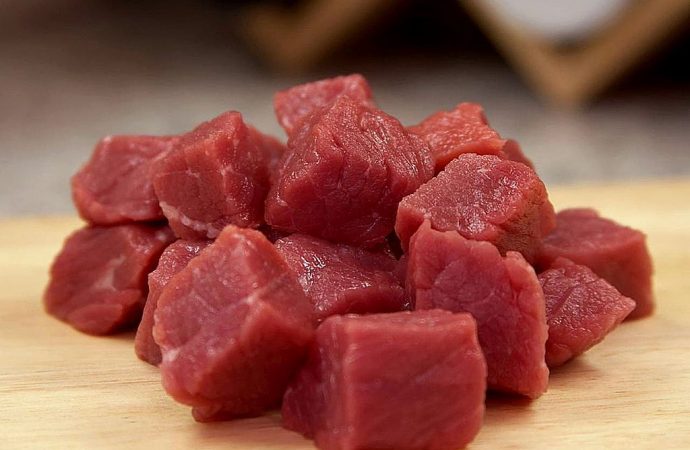 A study shows that only cooking processes that remove fat from meat can reduce concentrations of these substances.

SPAIN – Last year when the International Agency for Research on Cancer (IARC) , announced that the consumption of both red meat and processed meat was associated with an increased risk of cancer, it caused all kinds of concerns.

The specialist of the World Health Organization (WHO) institution reviewed more than 800 studies and classified red meat as a “probable human carcinogen” (Group 2A) and processed meat as ‘carcinogenic to humans’ (Group 1), with sufficient evidence that its consumption can cause colorectal cancer.

According to the study published six months ago in The Lancet Oncology, the substances responsible for this potential carcinogenicity would be generated by meat processing, such as salting, fermentation, curing and smoking, or own when the meat is heated to high temperatures where carcinogenic substances are released.

However, a study published in Environmental Research indicates that, in its report, the IARC made no reference to or unprocessed environmental contaminants from raw meat, whose presence is already known from previous studies. Therefore, scientists at the Universitat Rovira i Virgili  (URV) have analyzed the role of these compounds.

“We believe this is an issue that is worth taking into account in establishing the global causes of the carcinogenicity of consumption of red and processed meat,” said José Luis Domingo, lead author with Martí Nadal, researcher in the laboratory of Toxicology and Environmental Health at the URV.

Although it is shown that meat and meat products have an important nutritional value for its contribution of protein, amino acids, vitamin B12 and iron, daily consumption also contributes to exposure to toxic substances that reach us through diet consumed by animal-based feed, feed or pasture. The water livestock drink and the air they breathe can be minor pathways of contamination to humans through consumption of meat.

“The risks to consumer health are related to micropollutants -generated by human activity through breeding or veterinary- or toxic treatments induced processing itself,” the authors emphasized in the study.

Among the potential environmental toxic inorganic elements such as arsenic, cadmium, mercury and lead are included;  perfluoralkyl substances (PFAs), polycyclic aromatic hydrocarbons (PAHs), pesticides, dioxins and other persistent organic pollutants (POPs), such as industrial chemicals polychlorinated biphenyls (PCBs), which are viewed as one of the twelve most harmful pollutants produced by humans , according to the United Nations Environment Programme .

Most of these substances are fat-soluble, so that any food with high fat content accumulates higher levels of plant matter micropollutants.  “PCBs and other POPs accumulate in the fatty parts of meat for being fat soluble. Reduced consumption of meat fat intake reduces PCBs. On the contrary, eating meat with a high fat content can make a significant exposure to PCBs” said the scientist.

To check how cooking processes affect the presence of contaminants in meat, researchers analyzed in the laboratory the effects of fry, grill, roast or boiled on the concentration of various environmental, organic and inorganic contaminants present in beef fillets, pork, chicken breast and drumstick which contains less organics than red meat, steak and lamb chops.

The results show that different types of cooking differently influence on the concentration of toxic function of meat product. For example, just POPs undergo changes between cooked and raw meat. Being organic substances, the study argues that only cooking processes to release or eliminate fat from meat would tend to reduce the total concentration of these pollutants in the cooked meat.

Reducing the level of pollution

The study authors recommend reducing daily fat intake from meat: “This would prevent not only cardiovascular risks, but also carcinogens, especially those associated with exposure to some environmental contaminants in the flesh.”

But the concentrations of hazardous substances depend not only on the way food is prepared, “but even more from the original content of toxins in food before cooking themselves,” said the researcher at the URV.  In fact, not all meat is also contaminated from the origin.

“It depends on precisely where and how the animals are raised. Clean air and pastures can give meat with very low levels of environmental contaminants,” they emphasized.

Overall the level of contamination in raw meat and unprocessed is below seafood, although it is much higher than fruits, vegetables and legumes. The contamination depends heavily on fat, tissue accumulation key carcinogenic compounds.

This study was published in the journal Environmental Research.