The Cardboard Box Saving Babies around the World 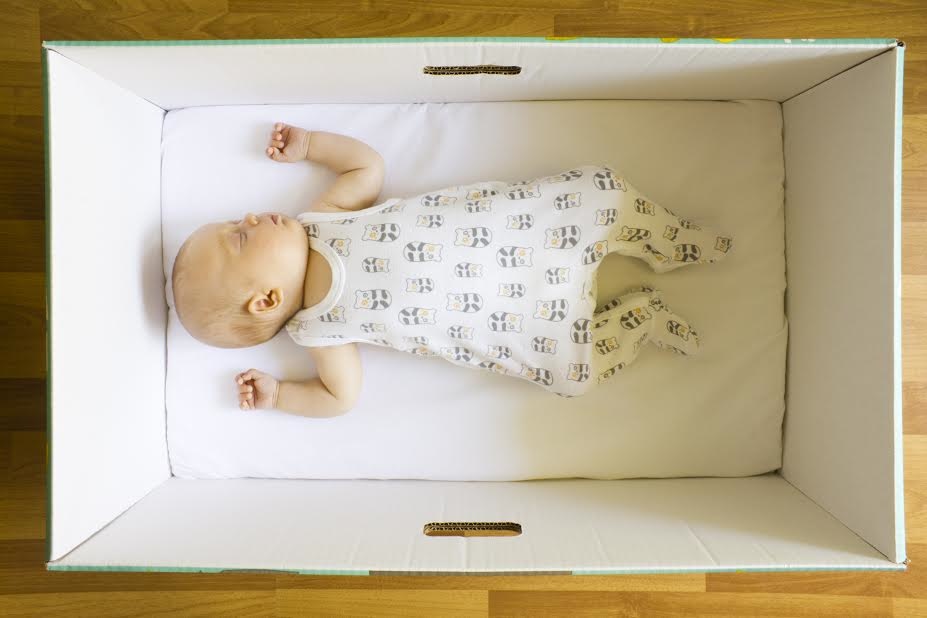 In the last 30 decades, Finland has had a policy that has surprised many.  Giving a cardboard box to pregnant women so that, once the baby is born, it can serve as a crib or bed for newborns.  The initiative has managed to position Finland as one of the countries with the lowest rate of

In the last 30 decades, Finland has had a policy that has surprised many.  Giving a cardboard box to pregnant women so that, once the baby is born, it can serve as a crib or bed for newborns.  The initiative has managed to position Finland as one of the countries with the lowest rate of infant mortality and now is spreading around the world.

Of course, the box also comes with pajamas, clothing, bath products, diapers and a small mattress. Therein lies part of its success. However, what most surprised the Finns and the rest of the countries that have replicated this initiative is that a simple box has proven to solve problems ranging from preventing infectious diseases to get the baby out of the beds of their parents, where there is greater risk of suffocation.

Captivated by the success of this measure, three Finnish parents created a company to distribute boxes in other countries in 2014.
In fact, last year, the government of Mexico City also imported the idea of baby boxes and created the “Cribs CDMX” project.  With this, they seek help 10,000 mothers, following up on low-income pregnancies and reduce infant mortality in the city.

South African entrepreneurs who adapted the idea preferred to deliver a plastic box instead. It also serves as a bathtub and prevents the increase of infectious diseases.  In addition, as revealed by a pilot study at the University of Stellenbosch, the “Box Thula Baba” as it was called in South Africa, encouraged mothers to attend medical checkups more often.

As explained by the BBC newspaper, these increased controls reduce the risk that an HIV positive mother dies in childbirth and reduce the possibility of passing the virus to babies, so the box is also regarded as an ally against AIDS.

Moreover, in other countries, according to the need of the population, the baby box has been redesigned with their own accessories.  For instance, in Jagadiya, India, boxes referred to as “Barakat Bundle” include mosquito netting for babies not mosquito bites.

In the United States, currently, there are several projects related to the boxes are in development.  However, one will be launched this year in Texas, where four hospitals will begin to deliver such boxes to pregnant women.

In 2013, Texas had a high mortality rate of newborns, with 7.1% of deaths per 1000 births.  It is thus believed that the 36,000 boxes that will be delivered will prevent babies sleep in the same bed as parents, so death by suffocation will be reduced.

As explained by Colin Pritchard during the interview with BBC, a professor at the University of Bournemouth, the success of the cardboard boxes is mainly providing proper place to sleep, cases of sudden infant death syndrome, well known as asphyxiation, are therefore reduced.  However, the expert said, other fringe effects, such as poverty alleviation, helping parents quit smoking, improving education and prenatal care are proven to reduce the mortality rate of babies around the world.