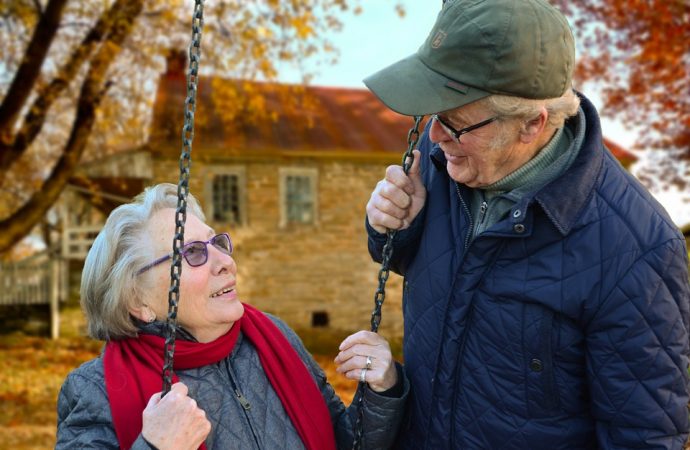 A study by the University of Pennsylvania revealed that the body exudes a different aroma at every stage of life.

US – Science gives support to one of the unpleasant urban myths.  It is nothing less than the “famous” old people smell.  Yes, the smell emanated by some representatives of the elderly responds to an interaction of glands and skin degradation.

Thus, the “old people smell” should no longer be considered an aggression, but as a mere description of reality.

A study by the Monell Chemical Senses Center at the University of Pennsylvania conducted smell test emanated by the body in different age ranges of people odors.  They found that the human body secretes substances and has a specific scent for every stage of life.

Thus, the smell of the elderly occurs as a result of the interaction between the eccrine glands, sebaceous and apocrine glands, which are responsible for secreting sweat, fat and fatty acids; to degrade the microbiota (set of microorganisms) of the skin, emit volatile components such as ketones, alcohols and aldehydes.  These three elements are the ones that end up giving the odor.

Our microbes depend on factors such as health, dryness, diet, etc. It can be said that each person has their own profile of bacteria and those involved in the production of odor evolve throughout life.

Still, the research found certain factors that contradicted with what many believed.  One is that the scent of middle-aged people is much stronger than the elderly.  Even the smell that is emanated by the body of a young man can be much more unpleasant than that secreted by a grandparent.

“Most people lose both smell and production of body odor,” said Susanna Mitro, the lead researcher.

To perform the study, participants split into three groups: young people (20 to 30), middle-aged (45-55) and elderly (75-90).  Subjects wore the same shirt to sleep for five nights in a row and then a smell test of each of the items was taken.

Then they elected another group of participants to smell the clothes and give their verdict.  The garments that were less unpleasant were, paradoxically, those used by the grandparents.

In Japan, the phenomenon of smell of the elderly people came to the point that the Shiseido Research Center awarded it a name: kareishu.

Japanese country campaigns were even launched to eliminate “kareishu”.  Some of such campaigns range from special chewing gum to odor-containing suits.