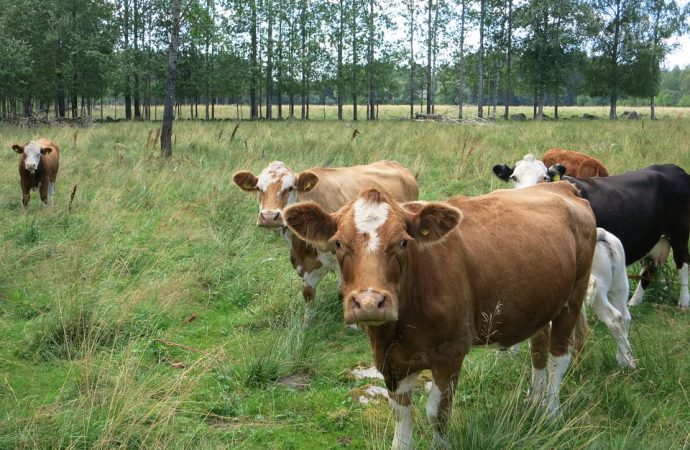 Ruminants such as cows, sheep or goats produce 35% of emissions of methane into the atmosphere. A new study has revealed a compound that can reduce levels of this greenhouse gas and it’s safe for the animal.

USA – Livestock is responsible for 18% of emissions of greenhouse gases in the world, according to a study published in the journal PNAS. Ruminants such as cows, sheep and goats generate 35% of one of these gases, methane, which according to experts contributes significantly to climate change.

Researchers at the Higher Council for Scientific Research (CSIC) have participated in a study describing the mechanism of action of a molecule, 3- nitrooxypropanol to inhibit the production of methane from these animals.

Ruminants digest food by fermentation carried out by microorganisms in the rumen, one of the four chambers of her stomach. In this process organic acids are produced; acetic acid, propionic acid and butyric- acid, which are absorbed and metabolized by the body as an energy source; and methane, which escapes to the atmosphere as a gas.


In 2014, scientists demonstrated in sheep effectiveness of this molecule but unaware of its operation.  Now, research conducted in vivo, by incubations of anaerobic microorganisms in the digestive tract of ruminants, have revealed how the compound 3-nitrooxypropanol affects the population of microorganisms responsible for producing methane (methanogenic archaea) without disturbing the bacteria that contribute The digestion.

As David Yanez, CSIC researcher at the Experimental Station of Zaidín, “to date had not described the mechanism of action of a compound that could reduce methane production in animals persistently and without risk to animal health explains or productivity.”

The results of this study raise the possibility of reducing methane emissions -a 30% less per animal- and contribute to a reduction in global temperature, causing derived from greenhouse gases.

Furthermore, according Yanez, “production efficiency system of ruminants to make better use of energy ingested through foods would increase since methane production involves a loss of up to 12% of energy taking animals “.

In the study collaborated with Auburn University (USA) and the Max Planck Institute (Germany), in addition to the company DSM Nutritional Products (Switzerland), which developed the compound 3-nitrooxypropanol.