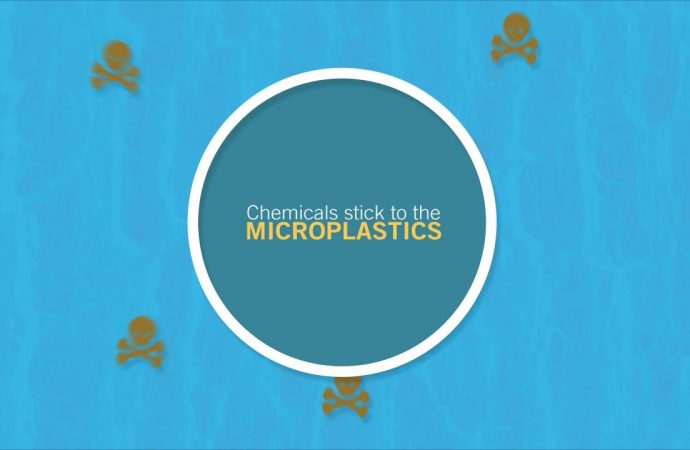 SWEDEN – Tiny plastic particles in rivers, lakes and seas have a dangerous impact on the fish. In a laboratory experiment, the ecologist Peter Eklöv and Oona Lönnstedt from the Swedish Uppsala University looked at perch larvae and plastic quantities, as they are found today in many natural waters.

In the aquarium, fish hatched fewer fry (babies) than normal which grew more slowly, developed an abnormal feeding behavior and did not respond to warning signals that would normally drive them to flight.

Microplastic particles are less than five millimeters and circulate in the environment. 30 million tons of microplastics, according to the Federal Environment Agency, each year find their way to the oceans worldwide – from Europe alone is from 3.4 to 5.7 million tonnes.

Where the plastic is derived, is currently being investigated in more detail. According to a Norwegian study, about half is abrasion of car tires. Large quantities pass through mishaps in plastics processing operations in the environment. Another important source is larger plastic waste, which is disposed of carelessly or illegally and then decays by influence of the sun, wind and water into smaller and smaller particles. There have been few studies on the effects microplastics on the environment.

The Swedish researchers have now tested various plastic quantities which are also found in some Swedish Baltic beaches and other regions of the world. This plastic is processed into packaging material, in foams, films and sheets. Polystyrene is one of five plastic materials, which are mainly found in waters. In the pool with the high concentration all the larvae were eating the 90 micron particles. According to Lönnstedt the material transmits a feeding stimulus to the larvae, either chemically or optically. Under this influence, many of the fish lost interest in their normal feed. All larvae that had eaten plastic, moved more slowly and were dead within at least 48 hours, reported by the authors in their work published in the journal Science.

Commenting on the study, ecologist Chelsea Rochman asks the politicians to finally take action against plastic in the environment. Rochman doing research at the University of Toronto and stresses the importance of the Swedish experiment for understanding the ecological consequences of plastic pollution. A ban of microparticles in cosmetics would be already a first step in the right direction.