Reefs and Mangroves, the Best ‘dyke’ of Coastal Protection 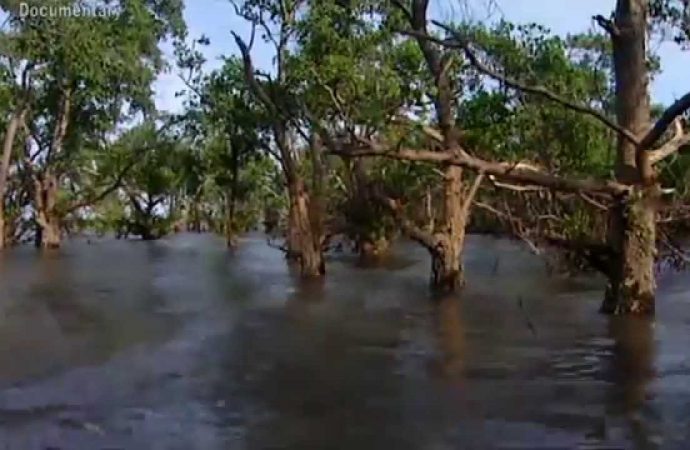 Natural ecosystems are the best containment against flooding and erosion that cause climate change.

US/SPAIN/NETHERLANDS – Natural ecosystems such as coral reefs, wetlands, fields of algae or mangroves, are the best “dam” of coastal protection against flooding and erosion will cause change climate, which threatens millions of people living by the sea, according to the study “The Effectiveness, Costs and Coastal Protection Benefits of Natural and Nature-Based Defences.”

The study, published in the journal “PLoS One” says that researchers gathered information on how coastal ecosystems have helped to reduce flooding and erosion naturally.

In addition, they compared the cost of environmental restoration of these natural systems with the price of having built an artificial infrastructure to carry out the work of the ecosystem with 150 individual cases in Asia, Europe and the United States.

The conclusion is that in most of the examples studied is more efficient and more profitable restore a lost or damaged ecosystem to build an artificial work to exercise their work, explains one of the study authors, Íñigo Losada.

“We have shown that the idea that only the coast is protected by artificial structures is not correct, since environmental restoration and conservation can provide a defense level equivalent with a lower economic cost,” stresses Losada, director of research at the Institute Environmental hydraulics of Cantabria, northern coastal region of Spain.

One of the cases analyzed is a mangrove restoration project in Vietnam, where every meter of mangrove recovered was $ 100 less than the cost of having built a meter breakwater.

The researchers classified ecosystems in terms of their ability to protect the coast, and concluded that coral reefs are the most effective, followed by wetlands, mangroves and finally, fields of algae and sea grass.

But in general, any of these ecosystems has an average ability to reduce wave heights up to 71% and energy with waves impacting up to 96%.