Evidence of a Large Asteroid that Struck Earth found in Australia 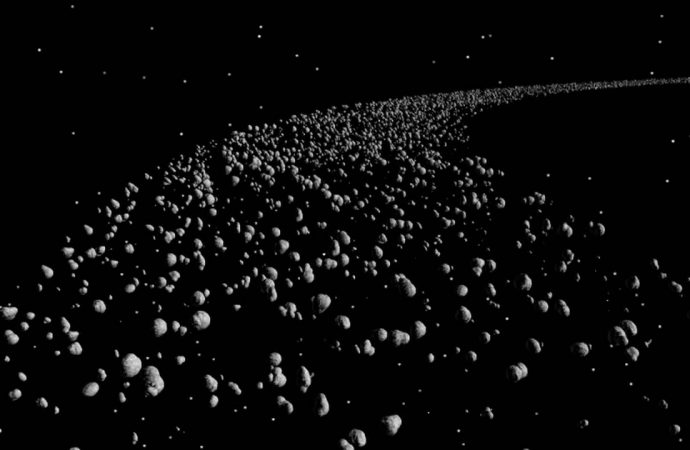 An asteroid of large proportions crashed into Earth in the early days of the planet causing large earthquakes and tsunamis, according to evidence found by a team from the National University of Australia.

AUSTRALIA – The crash, according to the scientist, would have had “more violence than any other phenomenon experienced by humans.”

The evidences are shaped like small glass beads called spherules, which were found in northwestern Australia and were formed due to the impact that vaporized material.

“The impact must have caused earthquakes of a magnitude greater than that of the Earth, caused gigantic tsunamis and caused the collapse of cliffs” so that their material spread throughout the planet, said Andrew Glikson, lead author of the study that was published in the journal Precambrian Research.

In addition, Glikson indicated that the spherules found dated back to three thousand 460 million years ago, making the asteroid the second oldest hitting the Earth and one of the biggest.

The asteroid would have measured between 20 and 30 kilometers and have created a crater hundreds of kilometers wide, although the exact place where it struck the Earth “remains a mystery” for any crater that time has been destroyed by volcanic activity and tectonic movements.

Glikson has for more than 20 years been looking for evidence of ancient impacts of meteorites on earth and when he saw the glass beads located in Australia he immediately suspected that their origin was in the asteroid impact.

After testing it was discovered that the presence of elements such as platinum, nickel and chromium corresponded with asteroids.

The expert said that there were many more similar impacts, of those which evidence have not yet been found, so this is “just the tip of the iceberg.” He said that they have only found evidence of 17 impacts that have more than two thousand 500 million years, but could have been hundreds.

The impact of asteroids of this size resulted in large tectonic movements and large movements of magma, which “could have significantly affected how the Earth evolved,” according to Glikson.