Eliminating use of Plastic Bags, First Step to Healing the Oceans 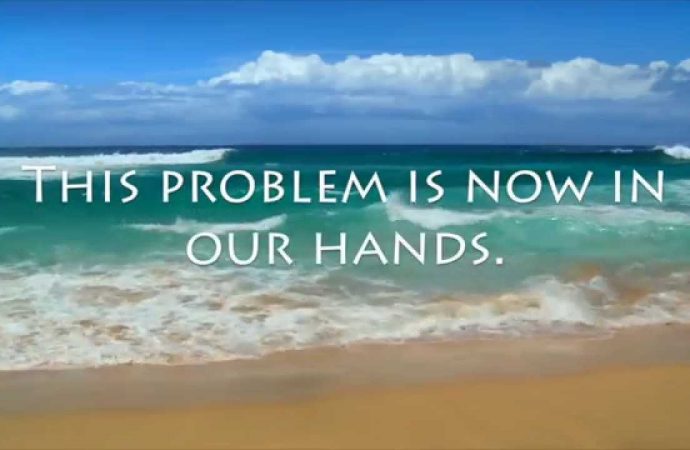 Surfrider is a campaign dedicated to the protection and enjoyment of oceans, waves and beaches in the world.

US – In an interview, activist Stuart Coleman, coordinator of the Surfrider Foundation, a non-profit organization dedicated to the protection and enjoyment of oceans, waves and beaches in the world organization. He said the campaign is to reduce the use of plastic bags. It is effective because it starts at the individual level to be extended to a national level.

He explained that reducing plastic bags is a first step, it’s a great thing that you can start with one person, a family, a group of friends. Each of these people represents 360 plastic bags a year less in the atmosphere.

The activist called the plastic as a “modern invention” that is everywhere; it is consumed each 15 minutes and then discarded to remain in the environment for decades, hence the importance of changing the mindset of people to use bags or reusable bottles.

Coleman is in Costa Rica as a special guest of the United Nations Development Programme (UNDP) to promote sustainable actions under the World Environment Day, held this June 5th.

The US led the initiative in Hawaii was the first US state to completely ban plastic bags in grocery stores. Experience in Hawaii has been successful and there have been some exceptions like the use of bags for vegetables, laundry or garbage bags.

For the activist, this initiative can make a difference, and to change the way of recycling in different countries can be more complicated because they need public policies that reduce the use of plastic bags beginning with the decision of each person.

According to Coleman, the amount of pollution due to plastic bags affects tourism, environment, marine life, economy and human health. He said plastics do not naturally degrade but breaks into parts called microplastics which fish end up consuming them. This means the fish we consume end up having a lot of toxins and chemicals.

The microplastics are so small and occupy large areas so that many species of fish mistake them for plankton.

He added that when we look back we talk about the era of bronze, iron, stone and 100 years; this will be the era of plastic, which will cover everything. From 2050 there will be more plastic than fish.

Coleman added that Costa Rica, a country renowned for its biodiversity, has very good progress in environmental protection, however, it has many challenges to meet because in its waters materials such as ice cream boxes, bottles, lids and glass can be seen.

“Costa Rica is a country with the ability to remove plastic bags in supermarkets and make a difference as they have previously done with renewable energy and other areas that have been leaders,” he said.

The activist added that “Hawaii, like Costa Rica, is a very popular destination for tourists and it is important to see a clean city, not full of plastic bags in rivers and seas.”

The US said that to raise such awareness one should remember that plastic bags or other objects of this material end up in the oceans and entities such as the Government, NGOs, civil society and private enterprise must generate actions that support initiatives that are healthy for the environment.

Coleman said addition to typical 3R (reduce, reuse, recycle) “reject” should be added in any type of plastic and “redesign” of products in  discontinuing manufacturing products using plastics.

In 1997, oceanographer Charles Moore discovered “The Great Pacific Garbage Patch”, the first of its kind which is composed mainly of plastic material and mud. It is currently about 700 thousand square kilometers and extends between the California coast, Hawaii and reaches around Japan.