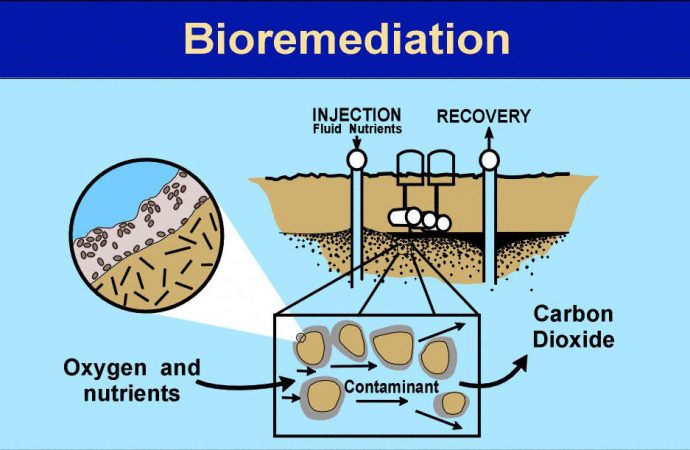 The study is looking at new ways of using naturally-occurring microorganisms to help break down hazardous hydrocarbons in oil and gas into non-toxic substances.

Bioremediation is a waste management technique that uses microorganisms to break down toxic chemicals in soil, water and air. It holds the potential to change the way municipalities, government agencies and industry can minimize the adverse environmental effects of organic chemical spills. In Canada, bioremediation on land has already proved successful in the North, prompting new research into its potential use in marine environments.

Leading the way is a partnership between the Department of Fisheries and Oceans (DFO) and the National Research Council (NRC), which has set its sights on determining the rate at which oil biodegrades, specifically in colder marine climates.

With funding from Natural Resources Canada and its Program of Energy Research and Development (PERD), the combined research team has embarked on a milestone study to use genomic tools to analyze and characterize the potential of oil degradation in the Arctic environment while harnessing the help of indigenous bacteria.

By observing aquatic microorganisms that use petroleum compounds as a food source, the research team relies on their combined expertise in biodegradation and bioremediation to help ensure that Canada’s natural landscape remains unharmed by human activities.

“We are looking at the kinetics of biodegradation,” says Thomas King, Principal Investigator for DFO’s Centre for Offshore Oil, Gas and Energy Research. Hoping to identify the full suite of chemicals present in oil, the team is also seeking to validate bioremediation as a viable cleanup option even in freezing temperatures.

Dr. Charles Greer, Group Leader of Biomonitoring at NRC, adds that “bioremediation could save organizations and governments millions of dollars”. For this reason the research team is looking at new ways of using naturally-occurring microorganisms to help break down hazardous hydrocarbons in oil and gas into non-toxic substances. “We are essentially looking at ways of stimulating existing microorganisms to clean up potential spills in the Arctic,” adds Greer.

Early results from this research have shown that oil degradation in the high Arctic marine environment at a temperature of -1°C is in fact possible, confirming what other researchers have observed near the Beaufort Sea, which stretches across the northern coasts of the Northwest and Yukon territories.

And now, from the warmth of their Montreal laboratories, Dr. Greer and his team continue to refine their understanding of the biodegradation process, supported through NRC’s Arctic program and through ongoing collaboration with their DFO counterparts. “It is a major benefit to work with NRC to continue this research,” adds King, confident that the accomplishments made will also prove successful on Canada’s east and west coasts.

With nearly four million square kilometres of land and water, Canada’s vast Arctic region holds great potential for new development opportunities, but an increase of human activity brings the added responsibility to protect and preserve the natural environment. Solutions are made possible by a new wave of research that will help keep Canada’s natural landscape clean and pristine.