Great Barrier Reef: Already a third of the Coral is dead 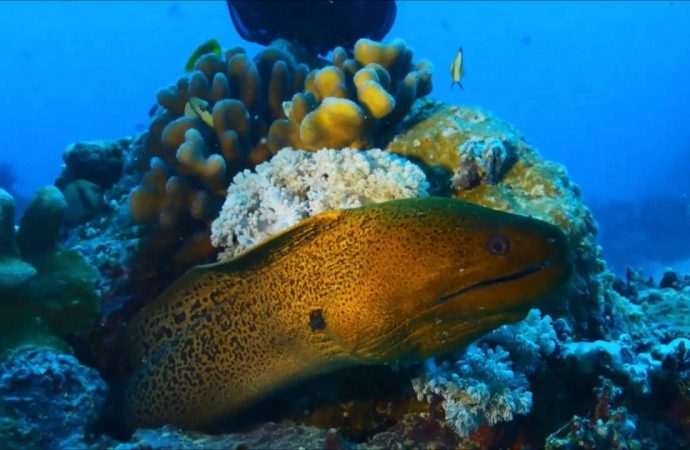 The effect of coral bleaching continues to affect the largest coral reef system in the world.

AUSTRALIA – The massive coral bleaching on the Great Barrier Reef in Australia assumes devastating proportions. In the North and Central region more than a third of the corals are dead or about to die off, as reported earlier today by researchers from the James Cook University.

According to oceanographer Terry Hughes they investigated and found that 35 percent of the corals are dead or just an average of 84 reefs have died in the northern and central areas. He added that it is the third coral bleaching in 18 years, and it is much more extreme than anything they have previously measured.

Around a quarter of all marine species are living in coral reefs. Worldwide, about 500 million people are dependent on coral reefs for fishing, tourism and above all, because the reefs protect the coastline.

The Great Barrier Reef is the largest coral reef system in the world. It stretches over 2300 kilometers along the east coast of Australia. Corals are cnidarians.  They live in symbiosis with algae that provide them with nutrients. If the water is too warm, the algae produce toxins.

Through the El Niño weather phenomenon, the water temperatures were this year mostly at more than 30 degrees. Then the coral repel the algae.  They lose their color and die. Corals can regenerate if still survive some algae or colonize new algae. The time frame in which the coral can revive depends on various factors.

But south of Cairns 95 percent of corals have survived.  “As expected that this only slightly bleached corals recover their color in a few months,” said Hughes colleague Mia Hoogenboom.

The Great Barrier Reef is one of the main tourist attractions of Australia. The revenue amounted to the equivalent of more than three billion euros a year. In the tourism industry, there are direct and indirect 70 000 jobs.