Pain is associated with Depression and Anxiety 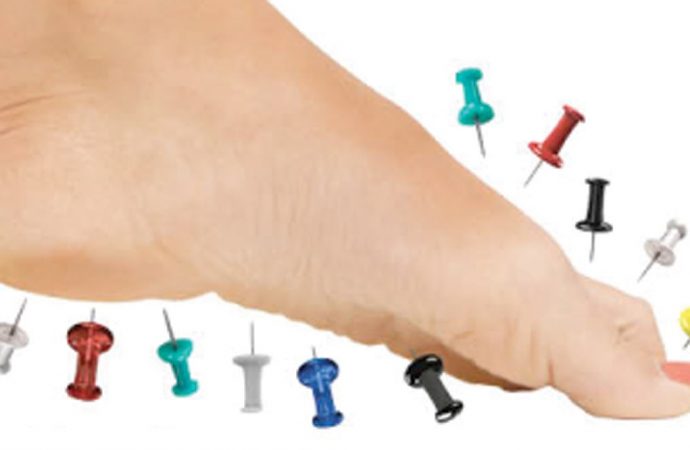 The study, which is part of the European project called Neuropain, is of great importance since pain, nociceptive, emotional and cognitive disorders may aggravate one another and lead to a vicious circle that negatively affects the quality of life of patients.

SPAIN – Humans perceives pain in a unique manner which is affected by various personal factors such as level of sociability, if you have depression or anxiety, they all influence pain perception, as suggested by a study conducted by the Mexican researcher Itzel Montserrat Lara Mayorga, a specialist in biomedicine, who is on a doctorate in Pompeu Fabra University, Spain.

In an interview with the Conacyt News Agency, Lara Mayorga said that personality traits have more influence on the sensitivity of pain and the development of its manifestations.

According to the International Association for the Study of Pain (IASP), pain is an unpleasant sensory and emotional experience associated with actual or potential tissue damage or described in terms of such damage.

Lara Mayorga said that pain is a complex experience, it has been tried in many ways to better classify it in order to improve understanding and treating it. One has to take into account the duration, where the damage, severity and response to treatment was performed and many other factors.

Mayorga focused on neuropathic pain because is a very special kind of pain, it is very difficult to diagnose and therefore treatment is associated with a number of very common conditions in the population.

She said that it is a type of chronic pain that occurs as a result of an injury to the nervous system. Damage can affect the peripheral nervous system, causing peripheral neuropathic pain, for example in patients with diabetic polyneuropathy or related to AIDS, herpetic neuralgia or lumbar radiculopathy.

She explained further that there is also central neuropathic pain, which occurs when the injury occurs at central nervous system level, as in the case of spinal cord injury or multiple sclerosis, among other conditions.

For this reason and under the guidance of researchers Rafael Maldonado, Josep Eladi Baños and Andreea Bura, she conducted a study whose objective was to evaluate the influence of different personality traits (sociability, depression and anxiety) in nociceptive, emotional and cognitive components neuropathic pain using behavioral, electrophysiological and genetic approaches.

She explained that in a first stage, mice were selected with extreme phenotypes of sociability, depression and anxiety and the correlation between neuronal activity and behavioral responses were evaluated. Subsequently, neuropathic pain was induced in these mice with extreme phenotypes to evaluate the possible influence of behavioral traits in inter-individual variability of pain manifestations.

Finally, the expression of genetic profiles was evaluated in brain areas responsible for the modulation of emotional and cognitive responses, she explained.

The fact that sociability, depression and anxiety are associated with pain perception is that “the brain areas where these are regulated are involved in pain modulation. The biochemistry of the brain largely determines how we behave. If we start from different baseline states, the development of pain vary depending on the initial response, she said.

Mayorga, who was one of the finalists of Your Thesis in 3 minutes organized by the CONACYT and the University Polytechnic University of Catalonia, further explained that just as there is a personal response to treatment, there is also a large inter-individual variability in the development of the manifestations of neuropathic pain depending on the personality traits of each patient. Therefore it is very important to consider these events to give adequate treatment to each patient.

Today the treatment of neuropathic pain includes pharmacological and non-pharmacological therapies. Patients receiving multiple medications with differing mechanisms of action that work together to reduce the central and peripheral manifestations of pain, stressed Mayorga.

Unfortunately it has been reported that after a treatment alone between 60 and 70 percent of patients achieved moderate pain relief. Current therapies in addition to the limited efficacy are associated with significant side effects that limit their use.

So the study by the Mexican researcher provides inter-individual response data and bases for the development of more effective holistic treatments, with fewer adverse effects and specific for each person, ie, for personalized medicine.