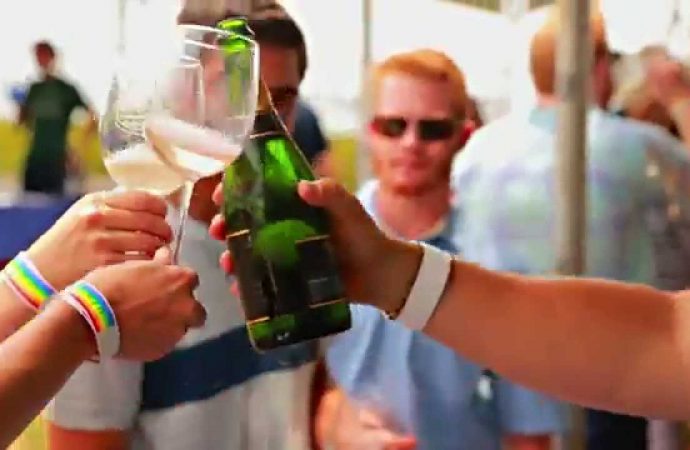 UK – Enjoying wine from larger glasses apparently encourages them to drink more. A study, published in the journal BMC Public Health, tested in a British restaurant with a bar, by varying the glass size at wine bar for periods of 14 days each. The respective amount poured out, however, remained the same. In the two weeks in which wine was served in a larger glass, the amount of wine sold increased by almost ten percent. Conversely, the effect was opposite when win was served in smaller glasses.

Perhaps changing the size of the glass affects the perception of how much you drink. Those who prefer to drink less should be careful, particularly critical if his/her wineglass is large.

Lead author Rachel Pechey of the University of Cambridge said that it is not clear why this is the case. But one reason could be that larger glasses alter our perception of the quantity of wine, which brings us to drink fast and order more. But it is very interesting that we do not see the opposite effect, if we switch to smaller wine glasses.

The connection between influence of consumption with size and shape of dishes and drinking vessels is extensively documented by studies. For alcoholic beverages, such a connection had not been studied so far, the researchers explained. “It seems plausible to expect,” they wrote, “that wine be served in larger portions, bottles and jars, increased consumption.”

To the to get to the bottom, Pechey and her colleagues examined the possible effect of the wine glass size to the amount of consumed wine in a restaurant business with restaurant and bar area. Over a period of 16 weeks, they alternated in 14-day intervals, the size of wine glasses. The wine was then served always for two weeks each, either in glasses with the standard volume of 300 ml or in larger glasses with 375 ml or in smaller glasses with 250 ml capacity. The dispensed volumes of 125 ml or 175 ml remained the same.

On average, the amount of the wine dispensed daily in the intervals with big glasses was 9.4 percent greater than in those weeks with standard size. Especially in the bar area from bulky glasses resulted in a significantly increased daily consumption of wine: in the bar by 14.4 percent, in the restaurant by 8.2 percent. In the intervals in which wine was served from smaller glasses, there is no comparable effect found.

Principle investigator Theresa M. Marteau from the University of Cambridge said that this suggests avoiding the use of larger wine glasses can reduce the amount that people drink. Since excessive alcohol consumption may be associated with a number of health problems, it is important to know those factors and the effect of such simple things as to be aware of the wine glass size. “We need more research to confirm this effect,” concluded Marteau.

Will this study bring about a policy change for all wine glasses served in bar and restaurants must be below a certain volume?