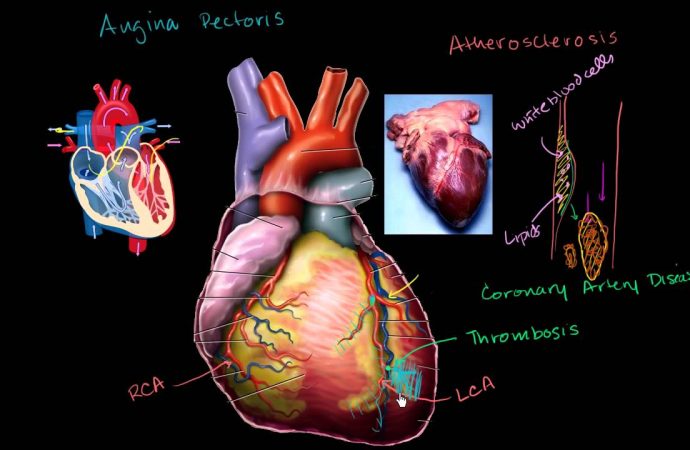 The initiation of antiretroviral therapy (ART) shortly after diagnosis of HIV infection does not prevent the progression of significant arterial inflammation in a small group of previously untreated patients.

US – These findings of a research team based at Massachusetts General Hospital Hospital) suggest that antiretroviral treatment alone is not enough to reduce high blood inflammation which appears to contribute the increased risk of cardiovascular disease in HIV-infected individuals.

Dr. Markella Zanni, Program in Nutritional Metabolism MGH (the Neuroendocrine Unit), said that their previous studies have found that persistent arterial inflammation can predispose people living with HIV to develop high-risk plaques in the coronary arteries that are potentially more likely to rupture and cause a heart attack. Their findings suggest that other strategies aimed at reducing arterial inflammation in HIV-infected patients receiving antiretroviral therapy may be necessary.

Evidence from several studies suggests that patients with HIV have an increased risk of heart attack and stroke between 50 and 75 percent compared with uninfected individuals who have the same traditional risk factors. A 2012 study led by Steven Grinspoon, Director of Nutrition Metabolism Program and lead author of this study revealed levels of inflammation in the aortas of those infected with HIV were comparable to those observed in patients with established cardiovascular disease.

HIV-infected study participants had been treated with antiretroviral drugs for at least three months when they entered the investigation, but did not know if the swelling had developed before or during antiretroviral treatment. As ART reduces several measures of immune system activation, this study was designed to investigate whether it could eliminate or reduce arterial inflammation.

Detected increased inflammation of the aorta

In the study, published in the journal JAMA Cardiology, involved 12 HIV-infected men not previously treated, who were about to start ART with a combination currently used four antiviral drugs for an average of 11 months after diagnosis initial.

The authors recruited another group of 12 uninfected participants of the same age for comparison of the immune system and inflammatory factors control group. None of the participants had a history of coronary artery disease or autoimmune or inflammatory disease other than HIV infection and none had major cardiovascular risk factors.

At baseline and six months later, PET scan with a tracer called FDG (Fludeoxyglucose), which accumulates at sites of inflammation, images of the aortas, hearts, lymph nodes in the armpit, spleen and bone marrow of HIV-infected participants were taken. They were also made to take CT angiography to look for coronary artery plaques and blood lipids and to analyze factors immune systems, along with the HIV viral load.

Although ART suppressed viral load and increased the levels of CD4 T cells in HIV-infected participants, 80 percent of infected developed had an increased inflammation of the aorta during the six month study. Although inflammation was significantly reduced in the lymph nodes and spleen way, arterial inflammation had increased to similar to those observed in the previous study of patients already receiving antiretroviral treatment levels.

At the beginning of the current investigation, a certain level of coronary artery plaque was seen in 25 percent of HIV-infected participants, and six months later these plates had increased. In addition, they found that a participant had developed a new plate during the study period.