Creation of First Exoskeleton for Children with Spinal Muscular Atrophy 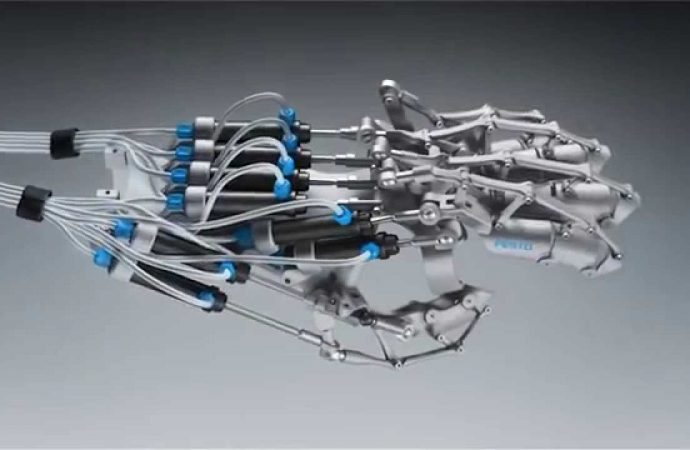 The Superior Council for Scientific Research (CSIC), together with its technology-based company Marsi Bionics has created the world's first exoskeleton aimed at children with spinal muscular atrophy, a degenerative neuromuscular genetic disease that affects one in 10,000 babies.

SPAIN – This is an important step forward if one takes into account that the progressive loss of strength caused by this disease which makes children unable to walk, thus decreasing their quality of life and, most serious, causing the onset of complications such as scoliosis, osteoporosis and respiratory failure.

Given this, researchers from the CSIC, led by researcher at the Center for Automation and Robotics, Elena Garcia, have created the exoskeleton for children between 3 and 14 years with spinal muscular atrophy type two, which is usually diagnosed between seven to 18 months of life.  Child neurologist at the University Hospital Ramon y Cajal in Madrid, Gustavo Lorenzo, said that although the mortality rate is not as high as the type 1, it prevents children from walking in any time of their life.

Now, thanks to this exoskeleton which weighs 12 kilos made of aluminum and titanium, these children can walk, opening drawers and make other movements that the wheelchair prevents them from performing. “We have tried to mimic the behavior of natural muscle with this robotic system. In addition, we managed to suit different terrains with an intelligent system that modifies the rigidity present joints as they move through different terrains and also fits the symptoms of each child at all times,” said the researcher.

The structure, which unloads its weight on the floor, consists of a long supports, called orthotics, to adjust and adapt to the legs and trunk of the child. In the joints, a number of engines mimic the natural functioning of muscle and strength bring the child to stand and walk. The system is completed by various sensors, a motion controller and a battery that, in principle, has five hours of autonomy.

This exoskeleton is still in preclinical phase. Specifically, two trials are being conducted, one in Sant Joan de Deu Hospital of Barcelona, where it is testing the usability of the device in eight children 3 to 9 years; and another at the Ramon y Cajal Hospital in Madrid by a single child to evaluate the psychological impact that this device can have on the daily life of the child.

And, although this will be the first exoskeleton to market, it still several years to make it available to all children since, as reported by the CSIC researcher, there is insufficient funding for manufacturing.

Garcia stated that renting the device will cost about 800 euros while buying it will be about 50,000 euros. However, they would like to get some coverage to help families cope with this cost. Series production costs about 30,000 euros.

In the future it is expected that also can be developed for other types of neuromuscular diseases, although they will need to modify some parameters for each of them and even for each child.