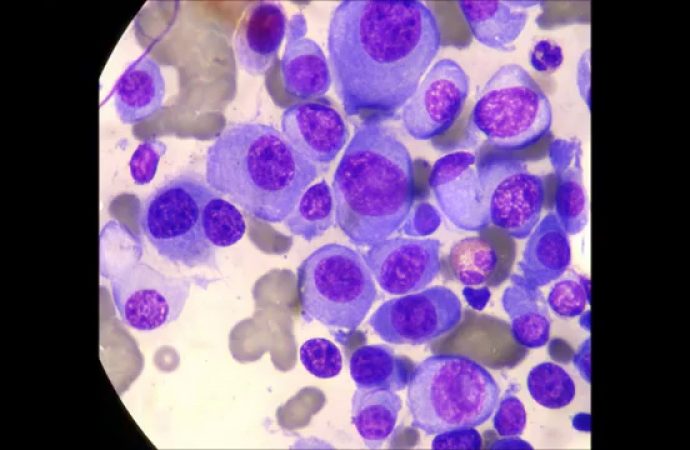 This type of cancer is incurable, but new therapies show very good results.

DENMARK – Multiple myeloma is a type of cancer of incurable blood but thanks to the “armamentarium” which has been developed especially in the last decade and has yielded very good results, has allowed patients who suffer can look to the future with more hope.

Dr. Maria Victoria Mateos, University Hospital of Salamanca, said in a meeting with the Spanish media while attending the Congress of the European Hematology Association (EHA) held in Copenhagen from June 9 and ends today.

Myeloma is the second malignant hematological disease and is a cancer of the bone marrow caused by poor DNA degeneration of the plasma cells. There were four new cases approximately recorded each year for every 100 thousand inhabitants, most people were of advanced age.

While its incidence remains constant, explained Mateos, the prevalence is increasing, mainly due to the survival of patients who have been treated with new therapies.

“The message is that the therapeutic arsenal for patients with myeloma is increasing in a very significant way, which will make, probably, at best, be able to cure them,” said the expert, who said that “the star” in this European conference was the drug daratumumab, a monoclonal antibody.

A randomized phase III clinical trial presented at the plenary session of the Congress held nearly 600 myeloma patients who had relapsed from the disease after at least one prior therapy. They found out that the daratumumab administered in addition to the standard treatment consisting of two other drugs dexamethasone and lenalidomide, significantly prolongs survival.

Specifically, the doctor explained, this therapy reduced the probability that the disease progressed or the patient died by 63% compared with study participants who received only the standard treatment.

In addition, the trial which involved several hospitals, found that up to nearly 43% of patients did not show signs of the disease anymore, which does not mean, cleared Mateos doctor, they are definitively healed.  But rather myeloma has disappeared as far as they could see. It is the best response they can achieve but today they are not able to say it has been cured.

In fact, those patients in whom the disease has disappeared, once a month should continue to receive therapy.

Mateos also referred to another study presented at the conference and which had previously been exposed in the last congress of the American Society of Clinical Oncology held in Chicago.

The trial, also in Phase III, as well demonstrated the effectiveness of the drug in patients who relapsed, by combining daratumumab with standard treatment of bortezomib and dexamethasone.

These drugs are incorporated in principle to treat patients in advanced stages. Maria hopes that the combination triple therapy is approved by the European Medicines Agency “in months” since the daratumumab already has approval for single use.