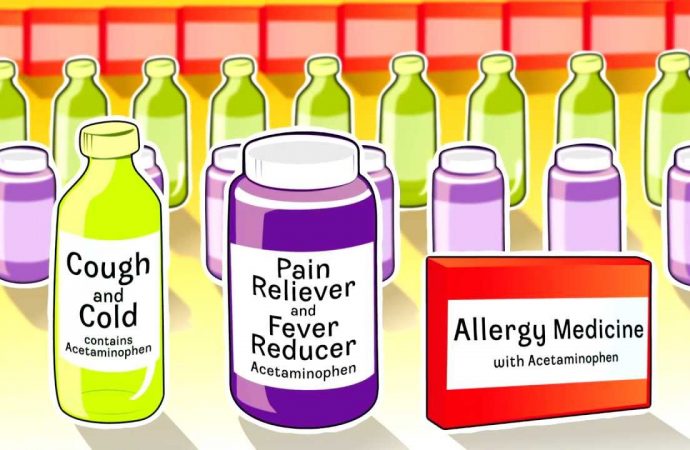 Millions of people take acetaminophen against head or toothache. But the drug may also affect the consciousness - and make people insensitive to the pain of others.

US – No medication is taken globally like painkillers because you can buy acetaminophen without prescription at the pharmacy. It is a first choice for many people. However, the pills not only numb the pain in the body as psychologists have just found out that paracetamol makes people less sensitive to the pain that others feel.

In the brain, the same areas are activated whether one has pain or imagines how others feel a pain. This has been found from brain scans years ago. Baldwin Way of the Ohio State University and Dominik Mischkowski from National Institute of Health looked into whether painkillers also affect the ability to empathize with others.

In their study, they recruited 80 college students. 40 of them were given a drink that contained 1000 milligrams paracetamol. The other 40 students were given a drink containing no active ingredient. No one knew of the subjects to which group they belonged.

After one hour, the researchers asked the students to read eight short stories in which someone had a painful experience: a gash or the loss of a loved one. Students should indicate on a scale, how severe is the pain in their view to the person felt in the respective story. Just as the researchers had hypothesized those who had taken paracetamol, the pain was less severe than those who had received the drug-free beverage.

Next, they examined the result in a second attempt. They divided 115 more students into two groups, one of which again were given paracetamol and the other was given a placebo. All subjects heard a very loud noise. They were told to indicate how uncomfortable they were upon hearing the noise and then imagine how uncomfortable as others would perceive it. Again it showed similar results to the previous rest.

Paracetamol, as summarized in the study published in the journal Social Cognitive and Affective Neuroscience, its psychological side effects has been overlooked. It takes from people the ability to empathize with others.