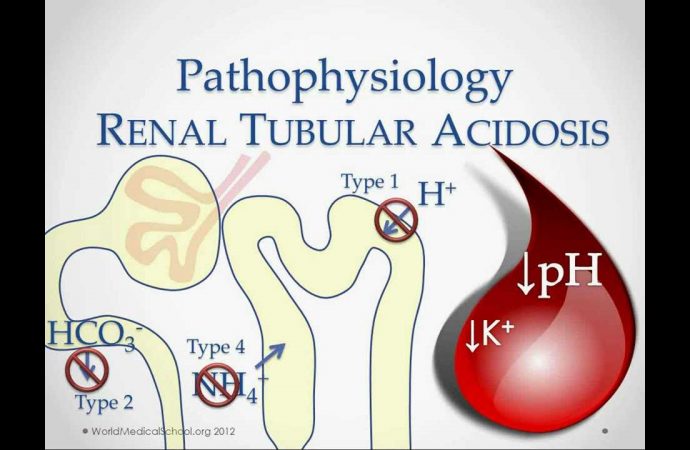 The RTA occurs during the first year of life, manifesting itself through dehydration, muscle weakness, stunted growth, poor appetite, constipation and vomiting.

MEXICO – In the absence of necessary laboratory studies and misinterpretations that have led to false diagnoses of Renal Tubular Acidosis Type 1 or distal RTA, researchers at the National Autonomous University of Mexico (UNAM) developed the first genetic study of this disease. The goal is to analyze and identify genes and their mutations that occur in Mexican children.

This condition occurs during the first year of life manifesting through dehydration, muscle weakness by decreased blood potassium, plus stunted by hyperchloraemic metabolic acidosis, poor appetite, constipation, and vomiting.

Dr. Laura Escobar Pérez, attached to the Department of Physiology, Faculty of Medicine researcher, said she became interested in studying this renal disease when she found an ion channel that allows excreting kidney ammonium through urine and this regulate the pH of blood, ie acidity.

She said that: “by identifying this ion channel we started looking for patients diagnosed with distal RTA to investigate their genetics. To our surprise, we found that hundreds of children were misdiagnosed in various hospitals in Mexico.”

In nine patients with distal RTA identified mutations in two genes previously described in the Turkish and Arab population; three mutations were new and found one in the ATP6V0A4 gene, which can be categorized as its root.

It is important to note that children with distal RTA not eliminate the acid load in the form of ammonium, acquired from the protein consumed and metabolism transformed into acids, and unable to kidney expel this acid load, reacts with the baking soda in the blood and promotes its decline.

Also, children with this condition lose calcium in the urine and have deposits of calcium salts in the kidneys; develop nerve deafness in childhood or adolescence and grow at a slower rate due to decreased production of growth hormone due to metabolic acidosis of renal origin.

Thus, the result of this first genetic analysis of families with distal RTA, it is anticipated treatment at an early age;  In addition, the group of university researchers has supported more than hundreds of families with erroneous clinical diagnosis and aimed at those who do get distal RTA.

The specialist said that the distal RTA is considered one of the seven thousand rare diseases recorded in the world. In Mexico, there are no official figures detailing the disease; however, after the investigation, in the last three years RTA, nine cases were recorded, four of them live in Mexico City and the rest in different states.

Therefore, in order not to confuse the growth problems of children with a rare kidney disease, the research group offers courses for families and health professionals.

“The study of rare diseases is fascinating because it allows us to decipher the molecular mechanisms that explain how kidney organs function in this case. We want to raise awareness in society that we should contribute to the study of these rare conditions. Our goal is to help the health of Mexican families,” said the scientist.