Smoking during Pregnancy alters the DNA of the Fetus 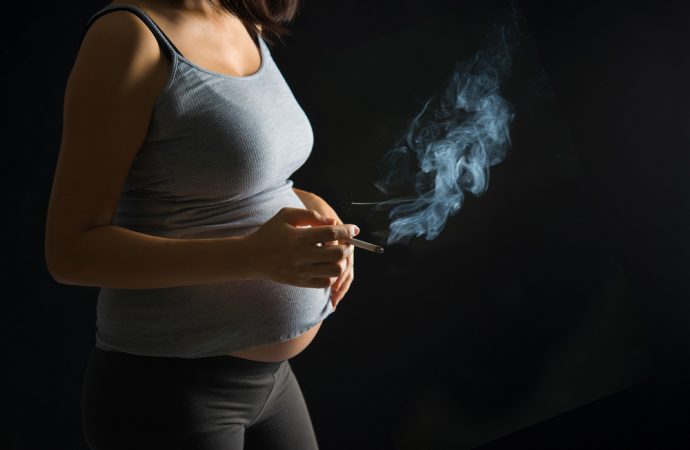 Smoking during pregnancy chemically alters the fetus's DNA with lasting adverse effects on the child confirms an international study published in the US, one of the largest conducted to date on the subject.

The study, published in the American Journal of Human Genetics, suggests a possible explanation for the observed association between maternal smoking during her pregnancy and her child’s health.

It involved more than 6,600 women and their children in the world and represents one of the most extensive to date on the subject. It also indicates that these chemical changes of fetal DNA are similar to those observed in adult smokers.

These researchers were also able to identify new genes involved in the development of children who are affected by tobacco.

“It’s pretty amazing to see these epigenetic signals in neonates exposed to smoking in the womb, activates the same genes as those of an adult smoking,” says Dr. Stephanie London, an epidemiologist at the National Institute American science environmental health (NIEHS), part of the National Institute of health.

“This is a tobacco exposure by blood, the fetus does not breathe cigarette smoke, but many of the effects are transmitted through the placenta,” she adds.

The links between tobacco and chemical modifications of DNA in the fetus have been found in small studies, but much larger scientific work as they give researchers more data to highlight trends.

Based on responses to a questionnaire, pregnant women were classified as smokers “persistent” if they had smoked cigarettes daily for almost the entire duration of their pregnancy.

These smokers accounted for 13% of the study group while non-smokers constituted 62% of the total, and 25% were placed in the category that have occasionally smoked and arrested earlier before delivery.

To analyze the chemical effects of tobacco on the DNA of newborns, these scientists took blood samples from the umbilical cord after the birth of the child.

For newborns whose mother belonged to the category of “persistent smokers,” the researchers identified 6073 where DNA has been chemically modified compared to children whose mothers did not smoky.

About half of the DNA affected by smoking is linked to genes involved in the development of the lungs and nervous system, in cancers resulting from smoking or in birth defects such as cleft lip .

A separate analysis of these data indicates that many of these alterations in DNA were visible in older children whose mothers smoked during pregnancy.

The next step for the researchers will be among others to better understand the impact of these DNA changes and how they might influence the development of children and disease.

This is the first research conducted as part of the international consortium PACE (International Pregnancy and Childhood Epigenetics), which brings together large teams of scientists to study the effects of alcohol, the weight of the mother or pollution air on the fetus.