The Molecular Mechanisms that Ensure the Contractions of the Heart 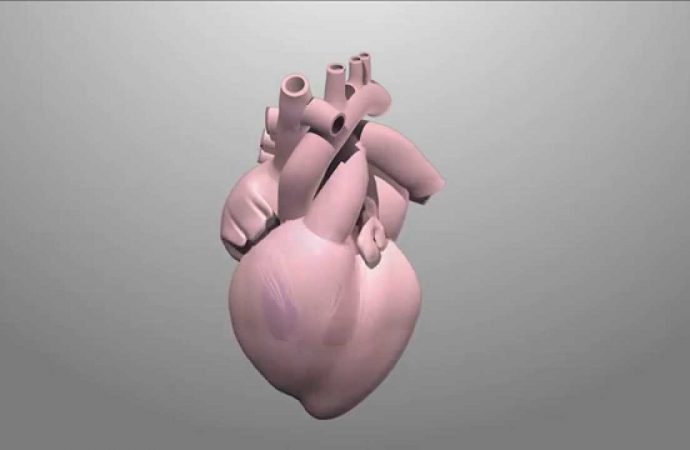 The findings may serve to develop possible future interventions in some heart diseases or myopathies of unknown cause. The heart and skeletal muscle contractile organs are supporting vital physiological functions.

SPAIN – Scientists at the Centro Nacional de Investigaciones Cardiovasculares III (CNIC) have discovered a key mechanism in the control of the heart and skeletal muscle and its molecular mechanisms when it is not present, it produces hybrids of these striated muscle tissues making them incompatible with life.

The study, published in Cell Metabolism, opens new horizons hitherto unknown to study the physiology of striated muscle to reveal the “molecular mechanisms that control the structural identity of cardiac and skeletal tissue”.  In addition, it sheds light on possible future interventions in some heart disease and some types of cardiomyopathy or idiopathic dilated myopathies type of polymyositis.

The heart and skeletal muscle contractile organs are supporting vital physiological functions such as blood circulation and body movement, respectively. Although both striated muscles have different embryonic origin, they share a very similar structure contractile while proteins that compose it are distinct and are encoded by different genes in each tissue.

Such contractile structure, called sarcomere, has the ability to contract and relax in every heartbeat or every movement of our body and is also what gives the striated appearance to both muscles. Any flaws in the regulation of tissue specific expression of these proteins of the sarcomere have serious consequences in some cases, can even cause death.

This study finally unveils this mystery. The CNIC researchers in collaboration with scientists from the Department of Molecular Biology at the Autonomous University of Madrid, University Pompeu Fabra in Barcelona and the Max German Planck, among others, have analyzed the function of a protein complex called NuRD in both types muscle.

The researchers, led by Juan Miguel Redondo, have found that in heart tissue removal chd4, one of the components of said complex NuRD, leads to the “aberrant expression of contractile proteins of skeletal muscle,” says the researcher.  This has lethal consequences, adds Pablo Gómez del Arco, first author of the study, since “deficient mice succumb because of severe cardiomyopathies accompanied by malignant arrhythmias, causing his sudden death”.

Reciprocally, continues Gómez del Arco, “the elimination of chd4 in skeletal muscle leads to the expression of specific contractile proteins of cardiac muscle in the limb muscles, causing problems similar to those observed in some human myopathies.”

Therefore, he explains, chd4/NuRD behave like a “molecular key” that closes in the heart the expression of skeletal and cardiac program in skeletal muscle. The lack of this protein concludes the work induces a “hybrid” striated muscle expressed both types of contractile proteins, which could explain the phenotype of dilated cardiomyopathy or myopathies some still poorly characterized.

The authors of the research believe that these findings may serve in the future to design treatments and diagnostic tools for certain types of cardiomyopathy and idiopathic dilated polymyositis.