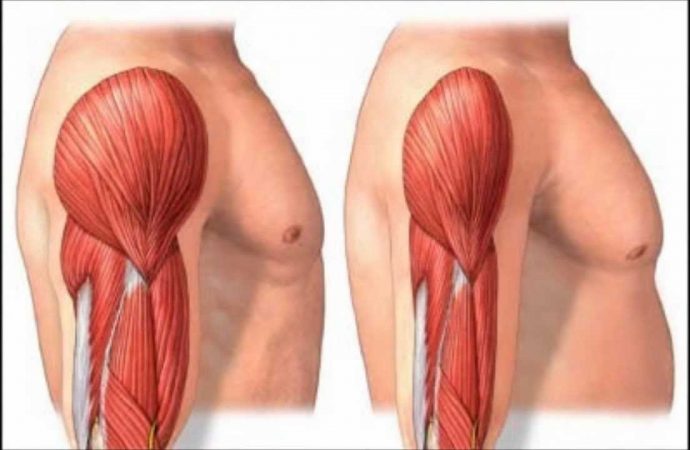 They found that in young mice, loss of a particular protein in muscles accelerates aging and causes premature sarcopenia.

SPAIN – Scientists at the Institute of Research in Biomedicine (IRB) of Barcelona found that young mice had loss of a certain protein in muscles which accelerated aging and caused them to have premature sarcopenia (degeneration), similar to the conditions of the old mice.

Sarcopenia, or degeneration of muscle associated with loss in mass and strength, is one of the most debilitating factors of old age and there is no known treatment.

In their research, published today in the journal The EMBO Journal, scientists from the Barcelona school, proposed to increase the activity of the Mitofusin 2 protein may be a good strategy for improving sarcopenia.

According to doctors, one of the changes that mostly affect the quality of life of older people is muscle atrophy induced by aging with loss of strength, known as sarcopenia.

By age 55, people begin to lose muscle mass and so far it is unknown how is reached or how to treat sarcopenia.

IRB research, in collaboration with the University of Barcelona (UB) and the Center for Biomedical Research in Diabetes and Associated Metabolic Diseases, has discovered in mice that Mitofusin 2 protein is needed to maintain healthy muscles. Therefore, this protein may be valid to improve sarcopenia in elderly therapeutic target.

Led by Antonio Isidoro, program coordinator for IRB Molecular Medicine and professor at the UB, scientists have observed that mice during aging are naturally losing muscle Mitofusin 2. Researchers have found that low activity of this protein in mice after 24 months (equivalent to a person of 80 years in age) is directly related to muscle atrophy and sarcopenia.

They have also confirmed the association between loss of Mitofusin 2 and muscle aging when they removed the protein in muscle of mice of 6 months (equivalent to a person 30 years in age) that accelerated aging prematurely reproducing the conditions of the muscles of old mice.

“Sarcopenia is not a minor problem, because it makes some older people need help in their daily tasks,” explained Antonio Isidoro, head of the IRB Laboratory of complex metabolic diseases and mitochondria.