It is not Cancer: Scientist Reclassified Thyroid Tumor 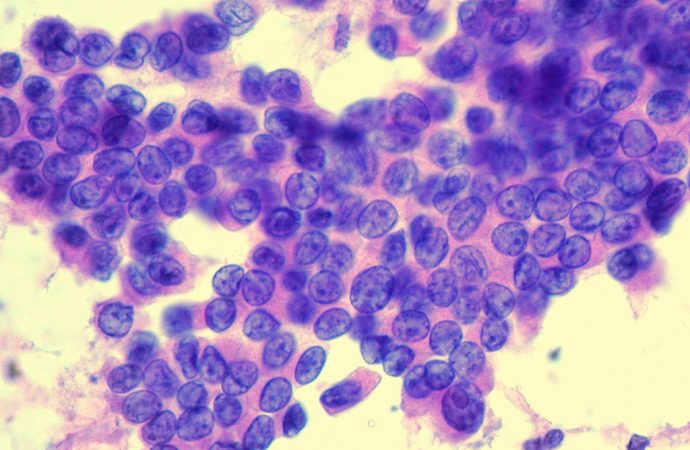 An international panel of oncologists determined a new classification for a specific disease of the gland. Thus, treatments may prevent rays or removal surgery.

US – Science took another big step in the treatment of cancer. An international panel of scientists analyzed a specific type of tumor in the thyroid gland and defined that disease should not be classified precisely like a cancer.

The discovery, published in the prestigious journal JAMA Oncology, marked a before and after for the treatment of this health problem.  Thus, those patients who suffer in the future can avoid beam therapy, removal of the gland or annual checks for the rest of your life.

The reclassified tumor is a small lump in the thyroid that is completely covered by a capsule of fibrous tissue. Its core has an identical shape to that of a cancer, but their cells never get out of the capsule.  Therefore, surgery or removal of the thyroid by radioactive iodine therapy is painful and unnecessary, according to the researchers.

The tumor was renamed from “encapsulated follicular variant of papillary thyroid carcinoma” to “noninvasive follicular thyroid neoplasm with papillary-like nuclear features.”  Thus, the term “carcinoma” disappeared from the technical nomenclature.

The publication of the report comes amid a wave of complaints from the scientific community by “reclassifying” assumptions cancers, especially breast, lung and prostate.

According to Dr. John Morris, president of the American Thyroid Association, calling a disease cancer while it’s not may lead to untimely and painful treatments, without even referring to the psychological consequences that may suffer from a patient after receiving such news. Therefore, it is important to further investigate this issue.

The process of reclassification of thyroid disease began two years ago when the research leader, Yuri Nikiforov, deputy chief of the department of pathology of the University of Pittsburgh , began analyzing a small tumor of a 19 year old girl.

The oncologist followed the case and found that the cells never left the capsule. So during the time of the removal of the thyroid gland, Nikiforov advised his surgeon colleague not to continue with the procedure. However, the gland was extracted and the patient had to undergo radiation treatment and yearly checkups for the rest of her life.

Nikiforov considered this case as the trigger for new research which brought together 24 experts, including two endocrinologists, thyroid surgeon and a psychiatrist.  The group collected 200 cases of patients with thyroid lesions that occurred between 2000 and 2005. Among these examples, there were encapsulated patients with tumors and other tumors whose cells spread.

The analyzed in detail the medical history of each individual and it was found that patients who had suffered encapsulated lesions, showed no recurrence of the tumor over a period of ten years.  The others, however, had suffered serious complications.

Dr. Nikiforov  said that the study showed that the difference between cancer and non-cancer lay in the invasion of cells and not in the nuclear characteristics of the injury.

The principal investigator revealed that still feels indebted to the dozens of patients who he had in his career and were misdiagnosed. He would like to confirm to them they did not have cancer.