Scientists were able to Exploit Cancer Cells with Nanobubbles 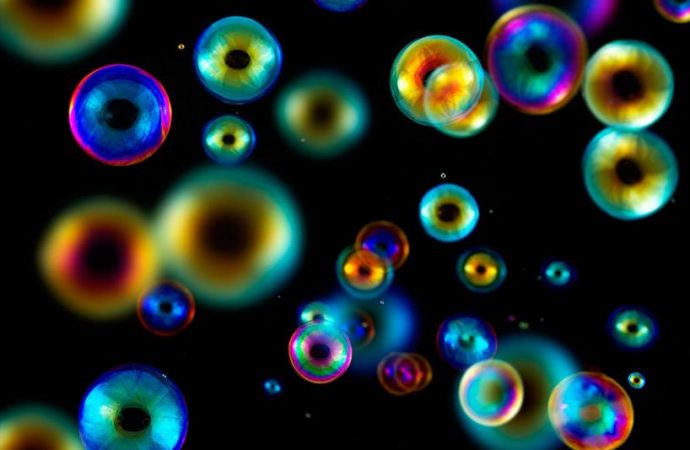 US – Science continues to seek ways to treat cancer that are less invasive and more effective than chemotherapy or radiation. Although it is not yet the perfect treatment, scientists at Rice University in Houston incorporated nanotechnology to try to attack cancer cells without affecting healthy ones.

The researchers found that nanoparticles made of gold atoms can detect and destroy cancer cells remaining after removal of tumors.

Currently, when surgeons perform surgery on patients with cancer, do everything possible to remove diseased cell to the last because any residue can grow into fresh tumors or metastasize all over the body.  So, after surgery, oncologists continue with radiation or chemotherapy treatments that enhance the odds of eradicating any remaining tumor cell.  However, using the technique of nanoparticles is most effective.

It works as follows: regularly cancerous tumors have blood vessels that leak. When gold nanoparticles are infused into the bloodstream, they have a tendency to collect outside the openings of the vessels and assemble around tumors.  To clean your environment, cancer cells envelop the nanoparticles. The nanoparticles act as Trojan horses once they are inside the cells. When gold atoms are hit with infrared laser light, which can go through centimeters of tissues, particles heat up and kill cancer cells.

However, the strategy of heating nanoparticles has two issues, according Dmitri Lapotko, a former physicist at Rice now at Masimo Corporation in California.The first is that some gold perpetually end up around normal cells, so it can damage healthy tissue. In addition, lasers launch several infrared light beams that heat extends beyond cancer cells. If you reach vital tissues such as nerves or artery walls, collateral damage can be debilitating or dangerous.

To reduce the extent of therapy and the researchers fired infrared ultrashort pulses and prevented from spreading to heat normal tissues. In addition, they raised more temperatures where there were large numbers of gold nanoparticles, therefore, the nearby water molecules were evaporated and created small bubbles which grew rapidly and tore burst cancer cells.

With these mini explosions, sound was collected and thus can detect the presence of cancer cells while they are destroyed.

For now, this technique has only been tested in mice. However, researchers are designing a clinical trial that will test the therapy in humans in two years. If successful, they could dramatically improve the odds for cancer patients, particularly in cases where surgical removal of an entire tumor is impossible.

This study was published in Nature Nanotechnology and the video below explain the novel technology.