A Molecule Shows Efficacy for HCV, HIV and other Viruses 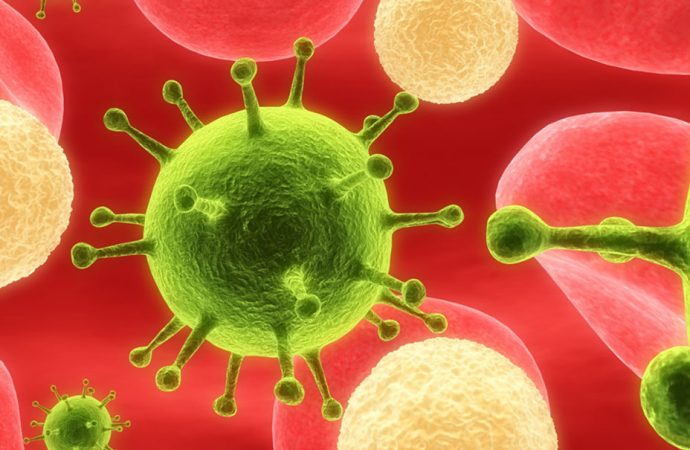 This panviral drug development is directed against the host cell.

SPAIN – A single drug that would help combat hepatitis C virus (HCV), the human immunodeficiency virus (HIV), the West Nile fever and dengue. We are still far from obtaining the drug, but have already given a first successful step to get it. Experts of the Institute for AIDS Research IrsiCaixa (jointly promoted by the Social “la Caixa” Foundation and the Department of Health of the Generalitat de Catalunya), the University of Siena and the Department of Experimental Sciences and Health at Pompeu Fabra have designed a molecule which has shown efficacy in culture cells for such virus. The results of the study just published in the journal Proceedings of the National Academy of Sciences (PNAS).

Miguel Angel Martinez, head of the group of Phenotypic and genetic variability of HIV and HCV IrsiCaixa said the idea was to create a molecule that was panviral. And on the other hand, they were aware that “at the University of Siena had been designed to specifically inhibit molecules DDX3”.  This is a cellular protein that is required for replication of certain viruses.

So, instead of considering design a molecule that directly attack the virus, they devised a targeted DDX3 to see if reducing the biological activity of this protein was achieved by weakening virus replication.  According to Martinez the approach is novel since most drugs to fight viruses are designed to directly weaken the virus. The molecule is designed by computer artificially considering the characteristics of the DDX3 target.

Viruses are obliged to act in a parasitic form, since they depend on the infected cell to reproduce infectious agents. Based on this fact, a hypothesis which is currently working is to try to block certain host cell processes necessary for replication of various viruses.

As Joseph Be, head of the HIV Pathogenesis group IrsiCaixa says “this molecule has been successfully tested in cell cultures of HIV, HCV virus, dengue virus and West Nile fever.”  At first they test on HCV, then to gauge their effectiveness, the researchers decided to test it on other viruses in which DDX3 also plays a very important role. Martinez noted that the “molecule is especially effective in HCV, and somewhat less effective in other viruses”.

Specifically, Be said they “applied increasing doses of the molecule in infected cells and has been shown to stop the ability of viruses to infect and replicate”.

The ultimate goal of the work is to develop a drug that works for the aforementioned viruses.  Martinez said they would end up developing a wildcard drug, which, in the words of Jose this would be the equivalent in the field of virus “to broad-spectrum antibiotics.”

The vast majority of antivirals are directed to a single component or of a specific virus enzyme. It is true that they exhibit good therapeutic efficacy, but may be deficient as the development of resistance by the virus. But as this molecule is targeted to the host cell, “is more complicated than generating resistance,” said Be.

The molecule “is a prototype.”  Now, they are working on improving it to make it as effective as possible with the least toxicity. Anyway, in tests “toxicity is very low,” says this expert. Although DDX3 activity is essential for viral replication, inhibition is tolerated to some extent by the cell. So, according to tests conducted so far, using it as a target would not greatly harm the host cell.  But, as this drug is intended for people suffering from chronic diseases, “is essential to ensure long-term security,” he adds.

Advantages of a panviral drug

One of the main advantages of a drug that would serve to different viruses is that it will improve adherence of many patients.  As this indicates, “there are many patients coinfected with HIV and HCV.”

According to Be, the fact that this drug can be versatile for various infections opens the door for virus “that do not receive much attention or generate much research” such as dengue or fever West Nile.  There is currently no drug approved against these two viruses.