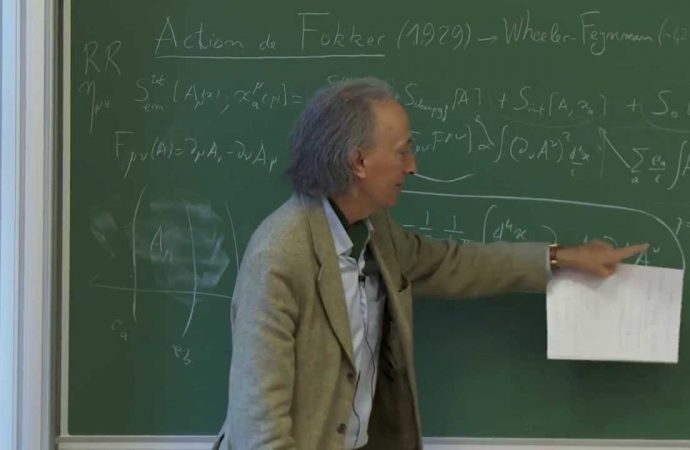 Mathematicians explore new worlds every day. To facilitate their work, a team of experts from twelve countries has created a database that collects and links together more than 20 million items of this science. The collection allows researchers and fans hang its progress on the cloud. To relate its entirety would take a thousand years of computational calculation.

Hydrogen, helium, lithium … In the school years we all memorized the table of chemical elements. Now, mathematicians have theirs. A team of over 80 experts has created a large catalog of mathematical objects for easy tracking of objects of this science.

The L-Functions and Modular Forms Database (LMFDB) is a catalog of over 20 million mathematical objects that also includes the connections between them. This tool is useful for various branches of mathematics, physics and computing.

“The LMFDB is similar to the first periodic table,” said John Voight, one of the creators and professor at Dartmouth College (USA). “We found interrelated in new fields that allow us sufficient elements to a general structure of mathematical objects.”

As is the case with chemistry, mathematical objects are divided into categories. Each has a specific name L-function, elliptic curve and modular shape LMFD and sorts them into a sophisticated and accessible web interface that all Internet users can upload their findings to the cloud.

Each object has its own page that other ‘friends’ objects is linked. “The LMFDB is the only place where the interconnections between objects are displayed clearly and explicitly. Before it was difficult to find more than one related item, and we can now track millions,” says Holly Swisher, another member of the project and professor at the University Oregon (USA).

The map of mathematics

The team of more than 80 mathematicians from twelve countries that have designed the catalog LMFDB has achieved more than 20 million items and relate to each other. “We are creating a map of the mathematics of the twenty-first century,” said Brian Conrey, director of the American Institute of Mathematics.

Mathematical projects are so complex that many of the calculations and findings are inaccessible to most experts. This database allows you to navigate the mathematical world both researchers and amateurs. The time it would be necessary to relate all the elements that collects LMFDB is 1,000 years of computer calculation.

The table also includes a knowledge database integrated in which the content of each element and its usefulness for the calculation explained.  “The LMFDB is both an educational resource and research tool that will become essential for future research,” concluded Conrey.