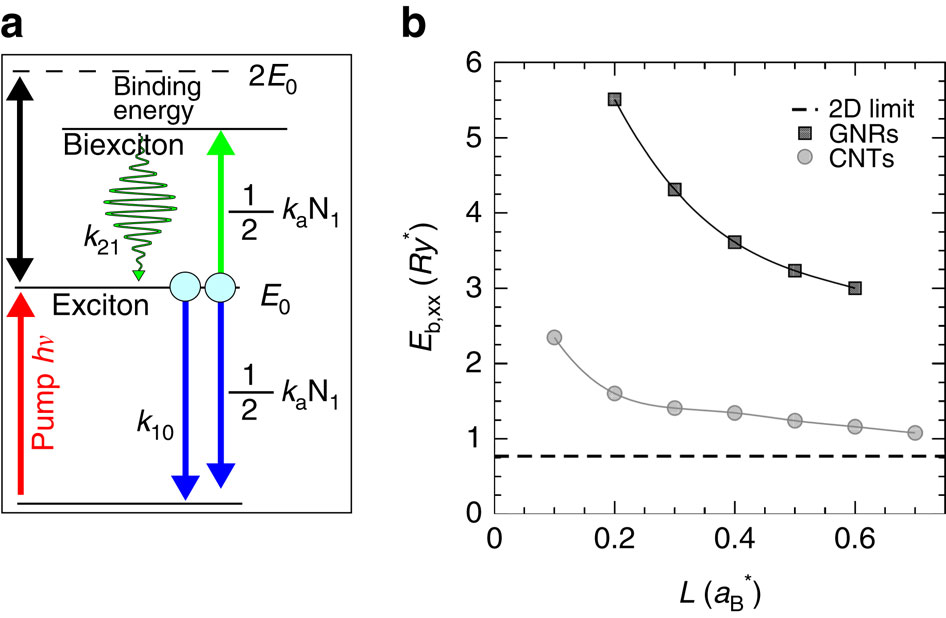 The study showed the ability of the nanoribbons, or narrow strips of graphene to absorb and emit light due to quantum states such biexciton. A result that opens the way to laser-based Graphene and new lighting technologies.

ITALY – The nanoribbons, nano-thin strips, graphene prove potentially useful for producing, reveal and control the light and to absorb it and convert it into energy – a promising use, for example, in the photovoltaic industry – thanks to quantum phenomena called biexciton.

It is the discovery of a group of researchers from two institutes of the National Research Council – Nanoscience Institute (Nano-CNR) and Institute for Photonics and Nanotechnologies (IFN-CNR) – in collaboration with the Polytechnic of Milan, University of Modena and Reggio Emilia (max Planck Institute in Mainz). The study has just been published in Nature Communications.

Unlike semi-metallic graphene sheets, the nanoribbons of graphene behave as semiconductors with interesting optical properties. “We used the reduced graphene into strips less than five nanometers, equivalent to one ten-thousandth the thickness of a human hair,” says Deborah Price of Nano-CNR in Modena.”In this configuration, the graphene becomes a semiconductor, properties essential for optical applications, and at the same time retains many characteristics of the semi-metallic material.  Graphene amended could be used in optical devices, such as LEDs, lasers and solar cells.”

The team of scientists studied the ultrafast processes occurring in graphene nanoribbons when energized with ultra short laser pulses of light: “In this case a graphene electron is excited and generates a charge gap, typical of semiconductors, that binds the electron to form exciton,” continues the researcher. “Experiments and simulations show that two excitons can form themselves contain strongly bound aggregates, biexciton. These quantum effects are due to the extremely small size of nanoribbons – only one atom thick and wide just a dozen, and are the basis of the operation of various optical devices, such as the charge multiplication processes of the solar cells”.

The experiment was possible thanks to an advanced spectroscopy system developed in the laboratories of IFN-CNR and Politecnico di Milano. One of the authors Giulio Cerullo of the Department of Physics of the Polytechnic explains that it “allows you to ‘photograph’ phenomena that evolve in times ranging from femto- to pico-seconds, ie less than a trillionth of a second.  We observed that the biexciton are formed very quickly and stimulated emission of light result with great efficiency.  An achievement that could pave the way for the use of nanoribbons of graphene as active materials in lasers, photodetectors and other optical devices. “