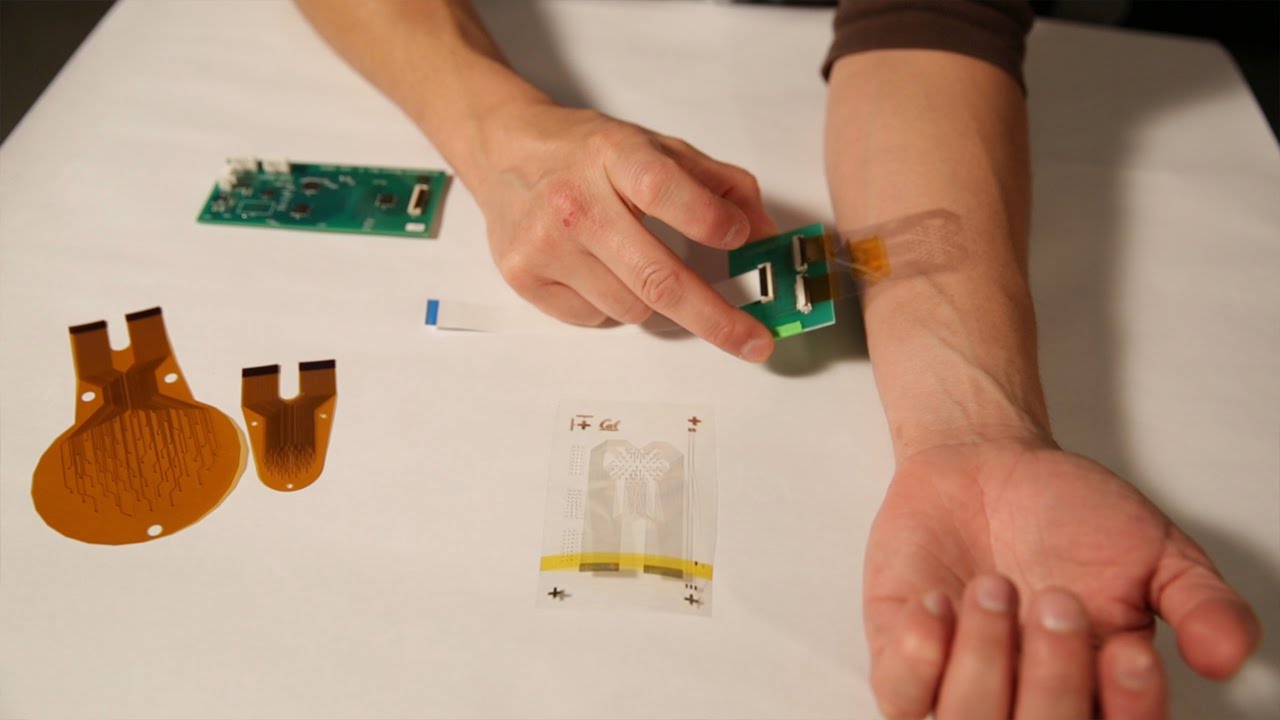 Scientists in Japan have developed a wearable electronic skin equipped with sensors which monitors and displays live reporting of medical information.

JAPAN – The electronic skin developed by Tomoyuki Yokota and colleagues from the University of Tokyo in Japan is only three microns thick (three-thousandths of a millimeter), and is flexible enough to stay close to the skin, and match your own natural movements of the body. The research study has been published in the Article Advances in Science. They integrated organic LED lighting source in the electronic skin that create color displays.

LED components in the artificial skin are also a new development. According to the researchers, they are very thin and their energy usage compared to six times more efficient than conventional organic LED. Therefore consume less power and generate less heat, two very important characteristics when monitoring body.

The researchers demonstrated monitoring capabilities by showing numbers one to ten, presented in the form of the logo of the University of Tokyo that changes color in response to electrical signals. In addition, researchers have implemented e-skin sensor for measuring blood oxygen level, which was placed on the finger and displays the data on skin.

The most difficult challenge was developing the artificial skin to protect electronic components from damage caused by moisture and oxygen in the air, without damaging the skin’s elasticity.

Yokota and his colleagues have developed a protective layer of silicon and carbon compounds, preventing the penetration of harmful substances and prolong the skin function from a few hours to several days.

Meanwhile, activity in his view depends on an external power source, but the researchers hope to soon be able to integrate e-skin with tiny batteries with more flexibility, or even turn the monitors using the heat from the body.

In recent years, we heard a lot about of smart technologies like smart watches to glasses “Google Glass”.  E-skin is one of the most ambitious projects in this field.  As mentioned, it is intended to communitcate of what is happening inside our bodies and to view the data, unlike many other items of wearable computing, tasked to provide us with information on the environment.

One of the developers of the e-skin, Takeo Sumayah (Someya), believes in the future people will no longer carry our electronic devices in their pocket or bag, but wear them on the skin. They can, for example, read our pulse or breathing rate and view the data.  In his opinion, such technology will add a new dimension to the way we communicate with those around us. Apparently, only when such electronic skins are exported for commercial sale, then we will know how many people really want their data is displayed in this way.

The application of E-skin is endless, such as athletes obtaining live bio data while performing the sport of their choice, monitoring anesthetized patients, and many more other potential applications.