New Study Reveals Why Freddie Mercury had a Magical Voice 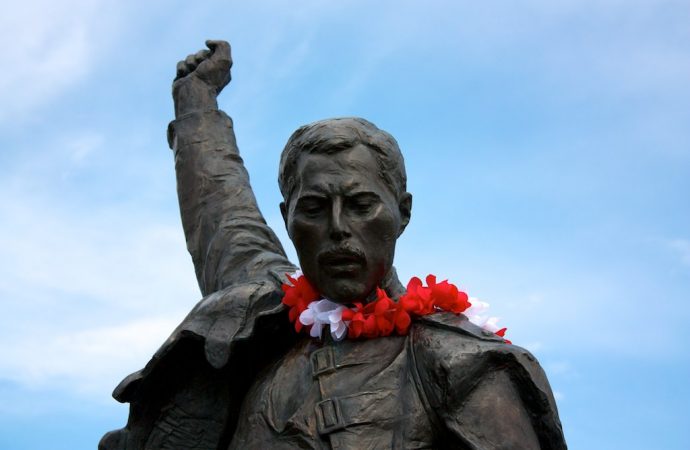 A study by European researchers found the key to a physiological phenomenon usually related to classical singers which explains the secret behind the legend of Queen's magical voice.

“Love of my life”, “Save me”, “The Prophets Song”, “Bohemian Rhapsody”, “Somebody to love”.  The list of songs of the British band Queen can go on and on.  And they all have a unique signature, a stamp that could not be replicated in any other rock band from the 70s to the present: the incredible voice of singer, Freddie Mercury.

The singer, born in Zanzibar and died in November 1991, gave the world a tone and vocal resources capacity which wowed the representatives of the music of any genre.

“Freddie’s voice had a unique texture. He had the ability to grab a phrase, drain it and do what he wanted with it. Besides, it was super sexy. He was completely above the rest of the singers” legendary guitarist Eric Clapton once reflected.

Given this paradigm, a group of researchers from Austria, Czech Republic and Sweden conducted a study putting on paper the magic of the voice of the leader of the British band.

The study report, published in the journal Logopedics Phoniatrics Vocology, found that Mercury was able to expand his range of voice to four octaves and its accuracy was due to a vocal technique used by very few singers in the world. While one is unable to it if the voice belongs to a baritone or a tenor, the key was in the vibration of the strings.

The subharmonics employed by lead singer of Queen were not produced by the vibration of the vocal cords, as the vast majority of vocalists do, but emerged through the vibration of the so-called ventricular cords. This technique is used almost exclusively by the classical musicians and it allows you to have full control of the colors in their high or low extremes.

Christian Herbst, one of the leaders of the study, said that the use of these subharmonics helps give the impression that listening to a production system sound pushed to the limit. And it sounds with an amazing delicacy. This effect, coupled with a rapid, irregular vibrato, possibly helped Mercury to be the legend he was.

Specialists did not make public the exact study material used, but most likely used that the entire discography, almost 15 hours of live musical performances Queen, more than 15 interviews given by the singer and about 21 pieces acappella analyzed.

The vibrato was another point that attracted most attention. One normally has an average frequency of 5.4 Hz and 6.9. While the Queen singer stood at 7.04 Hz. According to the scientists, Mercury used a variety of different vibrations in the throat that not even the star of classical music Luciano Pavarotti could attain.

“When I die, I would like to be remembered as a musician of some value and essence,” these were the words of Mercury, before his death at age 45 as being a victim of HIV.

His legacy not only remains valid but the admiration and respect of the greatest icons of the music world also won: “Freddie took the music far beyond the rest of the singers I knew reach the limit and feel comfortable in it,” said the late David Bowie.