Stars Invisible to Third of the Population 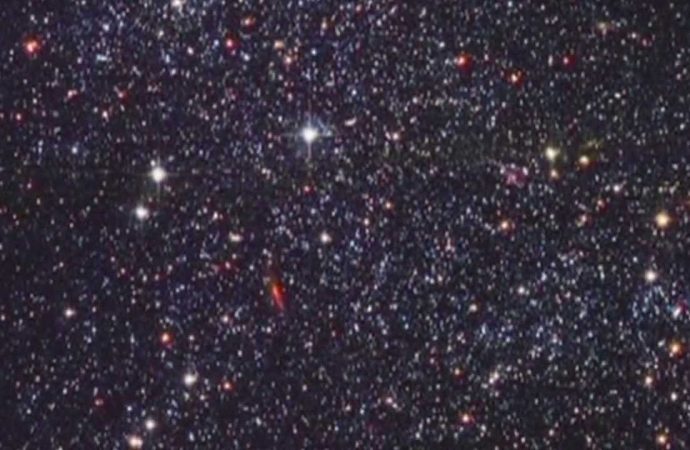 This problem is caused by light pollution, which is produced in developed countries. The authors of the study have produced world atlas of artificial night sky brightness.

ITALY/GERMANY/US/ISRAEL – A third of the world’s population are not able to see the stars and planets due to light pollution (artificial lights) especially in most developed countries.

That is one of the main conclusions of a new atlas of light pollution produced by scientists from Italy, Germany, the United States and Israel and published yesterday in the journal Science Advances.

Light pollution is one of the most widespread forms of environmental change and creates a light mist obscuring the stars and constellations in the night sky.

As shown in the atlas, 83 percent of the world population lives under skies with high light pollution, a percentage where in the case of Americans and Europeans it reaches 99 percent.

This problem is greater in countries like Singapore, Italy and South Korea, while Canada and Australia is where they have the darkest sky.

In Western Europe, only small areas of the night sky have a vision without problems, mainly in Scotland, Sweden and Norway, and low levels of light pollution are also reported in parts of Austria, in Corsica and in the Spanish province of Cuenca.

And in the case of the United States, some national parks are almost the last refuge of the dark-places like Yellowstone and SOUTHWEST Desert.

By provinces or countries, which enjoy cleaner skies are Greenland, Central African Republic, the Pacific island of Niue, Somalia and Mauritania, and those who are in a worse situation, with at least half of its population is extremely shining skies include Singapore, Kuwait, Qatar, UAE, Saudi Arabia, South Korea, Israel, Argentina, Libya and Trinidad and Tobago.

“There are whole generations of people in the US who have never seen the Milky Way,” said Chris Elvidge, National Center for Environmental Information Boulder (Colorado), one of the scientists who worked on the development of the atlas.

Regions where it is more difficult to see the Milky Way are the Nile Delta (Egypt), the Po Valley (Northern Italy), the area of Belgium-Netherlands-Germany, Boston and Washington in the United States, London, Liverpool and Leeds in the UK or the areas around Paris, Beijing and Hong Kong.

Elvidge regretted that in this way we have lost one of the main connections of humanity with the cosmos.

According to him, the Milky Way is a brilliant river of stars that dominated the night sky and the human imagination since ancient times and scientists expect the atlas will be able ” to open people’s eyes” to the problem of light pollution.

To prepare the atlas, the team led by Fabio Falchi, Institute of Technology and Science of Light Pollution in Italy, used data from high-resolution satellite and obtained accurate measurements of the brightness of the sky.

But also to prevent the clear view of the night sky, artificial lights can confuse insects, birds or turtles, sometimes with fatal consequences.

Therefore, existing measures must be applied to control the light pollution, ie, light shielding to limit its brightness, reducing power to the minimum amount necessary or simply turn off the lights.

Falchi said that the new atlas provides essential information about the environmental status of the night when we are at the peak of the transition to LED technology.

Therefore, he added that unless interest in levels of color and lighting of the LED is taken, this transition could lead to an increase by two or three of the brightness of the sky on a clear night.

To raise awareness of the problem, the authors of the study have enabled an interactive version of the map in which you can see the situation in detail anywhere.