Scientists Discover the Origin of ‘Big Bird’, the most known Energetic Cosmic Neutrino 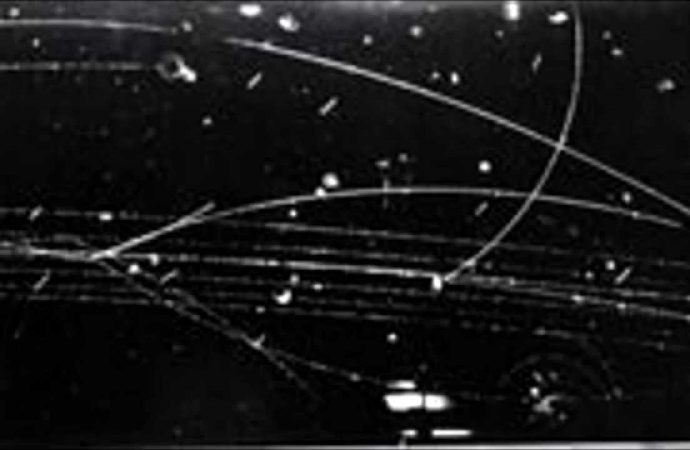 An international team of astronomers has managed to determine for the first time the origin of the most energetic neutrino ever detected, known as ‘Big Bird’.

SPAIN – This neutrino was generated during an eruption in radiofrequency and gamma-ray in the PKS B1424−418 galaxy. The association between this active galaxy and the neutrino gives the definitive thrust to the birth of a new scientific discipline, the neutrino astronomy. These results, in which the Universitat de València participated, have just been published in the journal Nature Physics.

Neutrinos cross the material, but only one in a ten billion is intercepted by our planet. The detection of neutrinos which are each time more energetic reveals a different Universe. Knowing where do they come from and what was the process which created those particles are really desired questions by astrophysics, because they open a new window to the Universe and a new way to the knowledge of the limits of our galaxy and beyond. “Neutrinos are the faster, lighter and more evasive particles of the nature and so, the most unknown,” said Eduardo Ros, professor of astronomy at the Universitat de València, currently scientist researcher in the Max Planck Institute for Radio Astronomy in Boon (Germany), and co-author of the study.

Fortunately, new detectors like the IceCube approach the particle physics to the astronomy, and now we can identify neutrinos which come from outside of our galaxy, what allow us to investigate to know their origin as well as the process which originated them.

The detector of neutrinos IceCube, built beneath a canopy of ice in the Antarctica, is able to photograph the light produced by the cascade of particles which produces a neutrino when it crashes with the ice.  This light, called Cherenkov radiation, reveals the energy and the original direction of the neutrino. “Our work shows the first realistic association between an object out of our galaxy and cosmic neutrinos,” comments Ros.

Astronomers have compiled information of all the electromagnetic spectrum from space telescopes like the Fermi, Swift y WISE, and terrestrial radio telescope, and have demonstrated that this galaxy has enough energy to produce a neutrino in the range of petaelectronvolt (PeV), that is, thousands of times bigger than the neutrinos ones produced in a particle accelerator. “The statistics probability that PKS B1424−418 and big Bird weren’t associated is of a 5%,” adds Eduardo Ros. “The neutrinos astronomy has just been born. Soon we will able to locate the origin of a neutrino with a precision of 0,6 grades and. if we continue studying the cosmos with the battery of available telescopes, we will be closer of reveal the secrets of the origin and the physics of these phenomenon, that until very recently escaped from our understanding,” concludes the scientist.

Big Bird (or HESE-35) was the most energetic neutrino ever found in its moment. Its energy exceed two thousand billion of electronvolt (2 PeV). This energy is a billion times bigger than the one of a dental x-rays but concentrated in an only particle which mass is less than a millionth of the one of the electron.

The scientific team of IceCube named as Sesame Street characters the most spectacular neutrinos. So, Ernie and Bert (HESE-20 y HESE-14 in scientific name) were followed by the detection of Big Bird on 4 December 2012.

IceCube could determine the original position of this particle with a precision of 32 grades. Simultaneously to IceCube observations, the programme of observations TANAMI used a net of radio telescopes distributed in Australia, South Africa, Chile and the Antarctica to do a following of various tens of active galaxies of the southern sky, including the region where big Bird comes from. At the same time, the detector LAT of the space telescope of gamma ray Fermi observed an increase of a 30 factor in the brilliance of this galaxy, one the the studied one by TANAMI programme. The images in radio frequency of TANAMI showed that the brilliance of  PKS B1424−418 was multiplied in four between the end of 2011 and the beginning of 2013. No other observed galaxy by Fermi or by TANAMI showed variations in brilliance during the same period.

This means that “after filtering all the possible alternatives, Big Bird had to be originated in the same object that shines in radio and gamma rays,” indicates Felicia Krauss, student of doctorate in the University of Wurzburgo which contributed to the research in the field of her thesis. According Matthias Kadler, professor of the same university and main responsible of the publication, there “has been luck and a success that we were studying all these galaxies with the TANAMI project, and we have found the ‘guilty’ of emitting a record neutrino.”