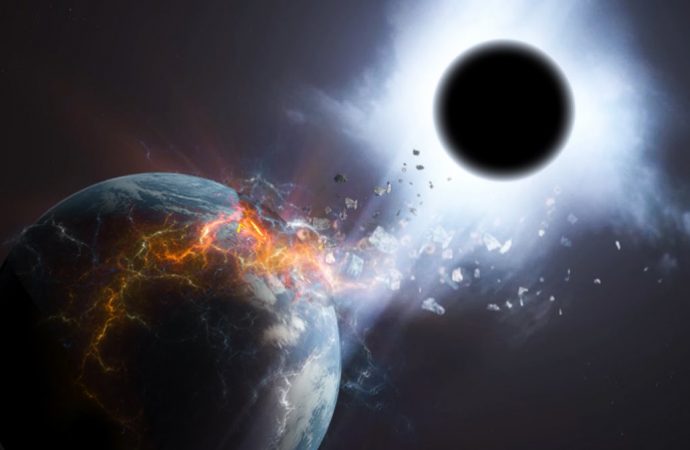 It is located in the center of the brightest galaxy a billion light years from Earth.

MEXICO – An international team of astronomers discovered that black holes also feed on very hot gas, can also take a “binge” of giant clouds of molecular gas and very cold as lumpy and chaotic “heavy rains”.

The finding, where Roberto Galvan Madrid, expert of Radio Astronomy and Astrophysics Institute of the UNAM particpated, is the first direct observation shows that a black hole has other “power” different from what is already known.

The university scientist explained that these holes can be of two types: those of stellar mass, with few times the mass of the Sun, and supermassive, with millions and millions of solar masses.

Astronomers are “more or less convinced that almost every galaxy, including the Milky Way, has a supermassive black hole at the center”; and it is estimated that ours has three million times the mass of our bright star.

However, this finding is observed at the upper end of the possible range of masses of black holes and is 100 times more massive than our Galaxy : 300 million times the mass of the sun.

That black hole is located in the center of the brightest and heavy galaxy of all that make up the cluster called Abell 2597, better known as BCG (Brightest Cluster Galaxy), a billion light years from Earth.

It is a distance that may seem distant, it is not so, because it is part of the local universe, ie, the closest to us outer space and corresponding to only one percent of the size of the cosmos.

This had already been observed prior with other instruments such as the Chandra X-ray Space Telescope, and was known to other clusters of galaxies is embedded in a bath of hot gas (a million degrees Kelvin).

Roberto Galván-Madrid said they used a new piece with the use of the ALMA (Atacama Large Millimeter / submillimeter Array) radio telescope, in the desert of Chile, with which the experts were able to detect the cold gas.

The expert from the Institute of Radio Astronomy and Astrophysics based in Morelia, Michoacan, explained that the contribution of the study is how feeding occurs, “which gives a direct observation of a black hole is swallowing particular cold gas clouds”.

He said that he watched the clouds of cold gas mode shade from the supermassive black hole, as when a cloud passes in front of the sun and casts a shadow on the floor.

Thus, three “discrete” clouds, each with a million times the sun’s mass, moving at different speeds, which was surprising, he said.

The radio telescopes specialist explained that his contribution was to show how to use and what to do with ALMA data also helped in the technical details, from the preparation of the proposal and simulations of what the radio telescope could see.