Discovery of an exoplanet in its ‘early childhood’ 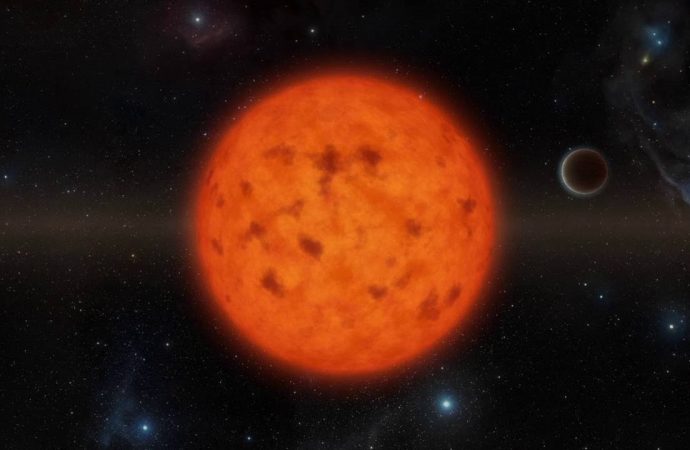 The discovery could help research on the formation of planetary systems.

US – A group of astronomers announced on Monday the discovery of an exoplanet just 11 million years old, one of the youngest detected so far, a discovery that could help research on the formation of planetary systems.

The new planet, dubbed K2-33b, is located in the constellation Scorpious is 470 light years from Earth, and located very close to its star (K2-33) orbit.

This exoplanet has a size of about five times that of the Earth, so it is in the category of “super-Neptunes”, ie gas giant planets.

The existence of K2-33b shows that planets can set it on final orbit around its star very quickly after its formation, revealed astronomers who discovered it in an article published in the Astronomical Journal, a publication of the American Astronomical Society.

These planets can form in an orbit close to their star or in other cases born in a distant orbit and migrate to a closer because of different interactions during their training.

Andrew Mann, an astronomer at the University of Texas in Austin and one of the lead authors of the research, speculates that if in our solar system, Jupiter or Neptune had migrated after trailing closer to the sun orbit, it would be unlikely that the Earth or another rocky planet like it currently exist.