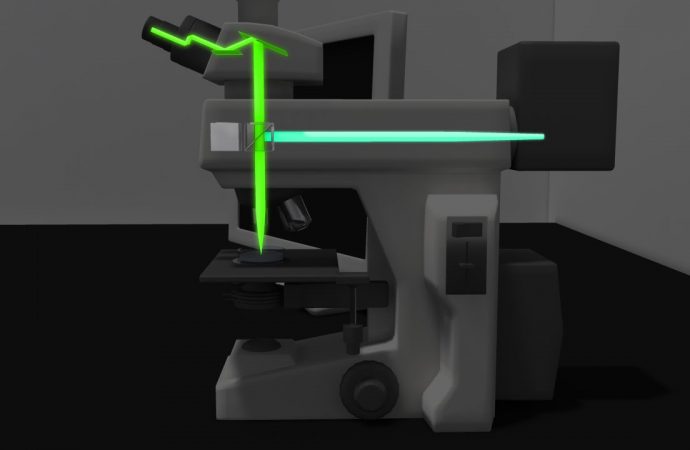 Researchers have managed to get infected cells to produce a fluorescent protein easily detected using a microscope.

SWEDEN – Researchers at Umeå University have developed a new method to directly monitor viral infections in living animals. The method can for example get infected cells to produce fluorescent proteins, which make them light up and thus can be more easily identified. The method, published in the journal Scientific Reports, also makes it possible to activate other functions in infected cells, e.g., to enhance the immune system.

When a virus reproduces itself it gives out proteases, which are a type of enzyme needed for the virus to hijack viral proteins to the bite-sized pieces needed to build new virus particles, said Dan Hultmark, a researcher at the Department of Molecular Biology and one of the authors. Using genetic tricks this virus enzyme is tricked such a way it instead activate other functions in the cell.

With this method it is possible to manipulate the cells to produce the protein which is suspected to have something to do with the immune system. Therefore, it would be the method to study in detail exactly which proteins are important for the immune defense against viruses, says Jens-Ola Ekström, who is one of the researchers behind the discovery.

To better understand how viruses and cell proteins work together or against each other, the research team studied Nora Virus in Drosophila. Nora Virus is a harmless intestinal virus that only infects fruit flies. But the virus is related to picornavirus, which in humans causes diseases such as polio, gastrointestinal infections, jaundice, eye infections and the common cold. In cattle it causes foot and mouth disease.  Knowledge of the picornavirus is therefore important for both health and the economy.  (Nora virus should not be confused with the norovirus, which causes winter vomiting disease in humans.)

Fruit fly is a well known model organism for understanding human biology because like all other living organisms have different viral infections to contend against. Although the method is developed for fruit flies can probably be adapted to other model systems, says Jens-Ola Ekström.