New Method for Capturing Lead and Cadmium in Contaminated Water 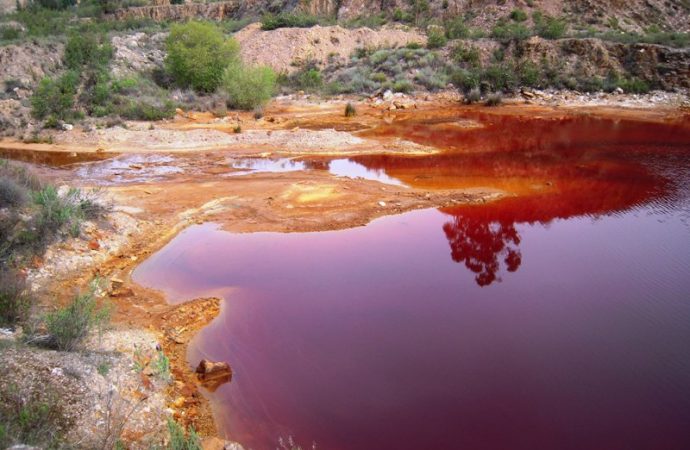 Scientists from the universities of Cordoba (Spain) and Bochum (Germany) have created a system with hydrotalcite, some magnesium and aluminum compounds, which can help reduce heavy metals in rivers and water basins. Specifically, selectively capturing lead and cadmium, two potent pollutants from industrial activity.

SPAIN/GERMANY – Car batteries, batteries of different devices or remnants of paint or pigments used until recently have significant amounts of lead and cadmium, two heavy metals.  If untreated, they can end up in natural and contaminate environments.

To reduce the presence of these toxic substances, the University of Cordoba (UCO) works with compounds called hydrotalcites, which facilitate their elimination. Working together with the University of Bochum (Germany) has allowed them to come up with a new way to facilitate removal of heavy metals in a more selective manner.

Hydrotalcites were used as decontaminant because of its lamellar structure. They are known as doubled layered hydroxides or anionic clays. These compounds are capable of exchanging anions in the interlaminar zone with anionic substance such as pesticides, dyes or phosphates or nitrates from agricultural use. Through this interchangeability, toxic compounds could be removed from the environment.

Now the team has observed properties of these new decontaminating agents and has used two hydrotalcites as substrates for selective electrochemical removal of toxic metals.

Specifically, a team from the Department of Inorganic Chemistry of the UCO has observed that the ability of electrodeposition allows selective removal of cadmium and lead, two of the most polluting heavy metals from industrial activity. The results were published in the journal Physical Chemistry Chemical Physics and is part of the doctoral thesis of Maria de los Angeles González, directed by professors Ivana Pavlovic and Cristobalina Barriga.

The researchers used two hydrotalcites magnesium and aluminum or zinc. According to Professor Cristobalina Barriga, principal investigator of the study, these compounds were formed by coprecipitation of two metals, one bivalent and another trivalent.  Hybrids created laminar double hydroxides. The laboratory synthesis of hydrotalcites is not very complex. Because of its ability to reduce the pH, in the pharmacological field they are used as an antacid drug. The magnesium aluminum hydrotalcite is present, for example, in the Almax.

The proposed system facilitates the deposition of heavy metals in a more selective way, but also “more expensive”.  Researchers believe, however, that is of interest as decontaminating agent and could be scaled for the industry.

Removing contaminants from water reservoirs or rivers is not only beneficial to the environment, so is to human health. In the body, exposure to these heavy metals can damage the lungs, liver and other vital organs.

In previous work, the research team tested in the laboratory adsorption capacity of these hybrids with three heavy metals: copper, cadmium and lead. Hydrotalcite showed interesting capabilities. In general, it reduced pollutant concentrations of heavy metals in water.  It was especially effective in copper and lead, but also had significant sequestration of cadmium.

In combination with humic acid, hydrotalcite reduced the problems associated with the use of this in aquatic systems. Scientists also found that laminar also acted efficiently when adsorb contaminants were simultaneously in contaminated water.