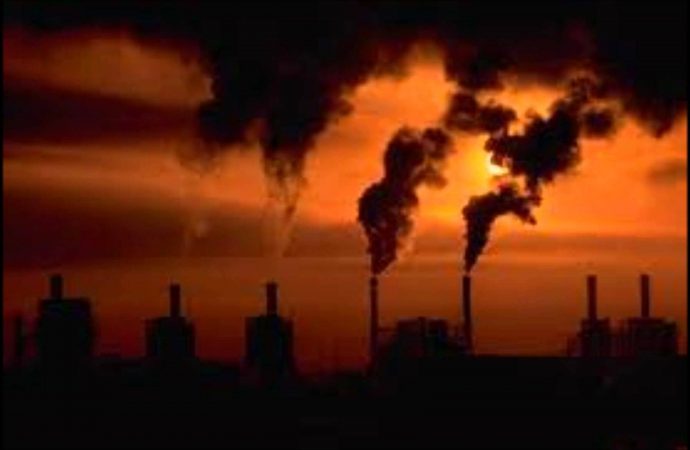 On several occasions it has been speculated that some Countries were hiding large sources of emissions.

The data listed in the inventory is used, for example, to determine the responsibility of each country in the global problems of pollution and climate change, and to set the objectives of international agreements to reduce these impacts.

It is not always easy to check if emissions data provided by companies and governments are true, and on several occasions it has been speculated that some were hiding large sources of emissions.

A team of researchers from the United States and Canada has now used the data accumulated by the scientific Aura satellite of NASA and a new system of analysis of these data in order to discover the actual emissions of gases such as carbon dioxide and sulfur from natural sources such as volcanoes or human activities like burning fossil fuels, oil wells and refineries.

Sulfur dioxide is a gas with very negative effects on the environment and people’s health; and specifically involved in the processes of acid rain and enhances the greenhouse effect (climate change).

The results of this research led by Chris McLinden presented this week in an article published in the journal Nature Geosciences and are really enlightening.

Items not listed in the inventory

Aura satellite observations over the period 2005-2014 have uncovered 39 sources on the planet which emit into the atmosphere large amounts of sulfur dioxide without the companies and their governments having informed about them.

In addition, the data analyzed by the researchers indicate that there are hundreds of points around the globe where actual emissions of polluting gases are far superior to those declared by companies and governments.

39 emission sources not declared are mainly oil and gas, power plants that burn coal or oil and industries such as foundries.

Of the unreported 39 sources in official inventories, 14 are in the Middle East and 12 of them are related to oil wells and refineries in countries like UAE, Saudi Arabia, Qatar, Iran and Kuwait.

In order of importance, the remaining undeclared sources of pollution are in countries like Mexico, Russia, China and even one in Morocco.

To create complete and accurate inventories of emissions, first the location of pollution sources must be known. Through the use of satellites such as Aura, McLinden noted they will have an independent measurement of these emission sources with a much more reliable data than that provided by industry and government agencies.

The use of NASA’s Aura satellite for detecting points of emission of pollutants has been possible thanks to modern systems of treatment and analysis accumulated since 2005 by this satellite designed to study phenomena such as ozone depletion images .

Bryan Duncan, an atmospheric scientist at Goddard NASA, noted that the study now presented the perfect demonstration of how satellites and new techniques of data analysis allow us to identify sources of pollutants with greater details throughout the planet.